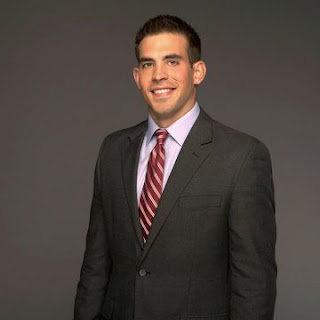 The Los Angeles Dodgers’ award-winning broadcast team will add a new member in Joe Davis for the 2016 season, it was announced today.

Davis, 27, is one of the most impressive young broadcasting talents on the national scene, having called Major League Baseball, college football and college basketball for FOX Sports.   Davis will call 50 road television games on SportsNet LA with Orel Hershiser, Nomar Garciaparra and Alanna Rizzo next season.  Davis will be joining Hall of Famer Vin Scully, who will return for his 67th season. Charley Steiner will handle the television play-by-play for the remaining road television games and when he isn’t doing television, Steiner will team with Rick Monday to handle the Dodgers’ radio broadcasts on AM 570 LA Sports Radio.

“I’m so honored to have this opportunity,” said Davis.  “With such a deep, storied history, the Dodgers are one of the great organizations in all of sports.  I’m looking forward to being a part of the fantastic crew already in place, and can’t wait to work with Vin, Orel, Nomar, Charley, Rick and Alanna.”

“Joe Davis has put together an outstanding play-by-play resume,” said Dodger Executive Vice-President and Chief Marketing Officer Lon Rosen.  “We are thrilled to have one of the top young sports broadcast talents in the nation join our great television team.”

Davis, a native of Potterville, MI, is currently calling play-by-play for FOX Sports on many of the national college football games with former Notre Dame star Brady Quinn.  Davis also has called Major League Baseball and college basketball games on FOX Sports.  He will continue in his role with FOX Sports.

Davis attended Beloit (Wis.) College, where he was a four-year letter winner on the school’s football team, as well as earning a B.A. degree in communications with a minor in journalism.  A two-time team captain, he played quarterback in his first two seasons before a shoulder injury forced him to move to wide receiver for his final two years.

During the football off-seasons, Davis assumed play-by-play duties for the school’s athletic department, announcing baseball and men’s and women’s basketball games on local radio and television.  Davis served as the voice of Buccaneer spring sports for his final three years on campus before graduating in 2010.

Prior to his senior year of college, Davis secured a summer job as the manager of broadcasting for the Schaumburg Flyers baseball team of the independent Northern League, serving as the team’s play-by-play voice and media relations director.   He moved on to the Montgomery (Ala.) Biscuits, the Double-A affiliate of the Tampa Bay Rays.  Davis called those games for three seasons and earned Southern League Broadcaster of the Year honors in 2012.

While in Montgomery, Davis also earned the opportunity to work for the Baylor Independent Sports Properties Network and also caught on at Comcast Sports Southeast, where he called play-by-play for college football, basketball and baseball.

In July 2012, Davis made the jump to national television at the age of 24, joining ESPN as an announcer, calling college baseball, basketball, football, hockey and softball.  He also appeared in spot duty for Major League Baseball on ESPN radio.

Davis was assigned to the network’s broadcast of the Poinsettia Bowl between Utah State and Northern Illinois on Dec. 26, 2013 and thus, at the age of 25, became the youngest person to ever announce a bowl game for ESPN.
Posted by Roberto Baly at 10:00 AM