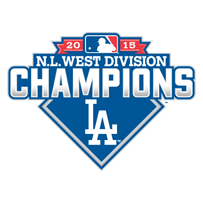 The Dodgers will play host to game 5 of the NLDS at Dodger Stadium tonight at 5:07 p.m. against the New York Mets (RHP Jacob deGrom vs. RHP Zack Greinke). All auto gates will open at 2:00 p.m. and stadium gates will open at 2:30 p.m. NLDS Game 5 is sold out. The first 50,000 fans in attendance tonight will receive a rally towel. The left-field plaza will be open to fans to enter and watch Dodger batting practice from 2:30 p.m. to 3:05 p.m.

Face painters will be on hand in the left-field plaza and DJ Adam will provide musical entertainment in the right-field plaza from 3:00 p.m. to 5:00 p.m. Actor, director, singer and star of “Heroes Reborn,” Zachary Levi will perform the national anthem.

SportsNet LA broadcaster Orel Hershiser will throw the ceremonial first pitch tomorrow. One of the most popular Dodgers ever, Hershiser played 18 seasons in the Major Leagues, 13 with the Dodgers. He was a three-time All-Star and won a Gold Glove, Cy Young Award, National League Championship Series Most Valuable Player Award and World Series Most Valuable Player Award with the Dodgers in 1988. He is the only player to receive the Cy Young Award, the Championship Series MVP Award and the World Series MVP Award in the same season. He also holds the Major League record for most consecutive scoreless innings pitched at 59 from Aug. 30-Sept. 28, 1988. He later pitched in two more World Series and earned the American League Championship Series MVP Award with Cleveland in 1995. After his retirement as a player, he briefly worked as a coach and team executive with the Texas Rangers before becoming a commentator with ESPN and now SportsNet LA.

Tonight's military hero of the game is U.S. Marine Corps Staff Sergeant Antonio Maldonado of Pacoima. Maldonado has served two tours since his enlistment, one in Iraq in support of Operation Iraqi Freedom and one in Okinawa, Japan. Maldonado currently serves at the Recruiting Station Los Angeles and Recruiting Sub-Station Eagle Rock as a station commander.

Dodger fans should plan to arrive early to avoid rush-hour traffic and alleviate congestion.  Fans also are urged to carpool to Dodger Stadium or enjoy one of the many alternative transportation services offered. The Dodger Stadium Express, free for everyone with a game ticket, will begin service from Union Station two hours and 30 minutes before first pitch for each game. Visit www.dodgers.com/transportation for more information.

Dodger Insider magazine is on sale now with Adrian Gonzalez, Zack Greinke and Clayton Kershaw on the cover, heralding a preview of the Dodgers’ postseason. Also featured is a special 15-page photo essay celebrating the 30th anniversary of Jon SooHoo as team photographer, along with numerous other stories, games, tidbits and more. Dodger Insider magazine serves as a companion to the team’s official blog, Dodger Insider (www.dodgers.com/insider), updated multiple times daily.

Fans can purchase official NL West championship and 2015 postseason merchandise at all team stores at Dodger Stadium. Levy Restaurants will offer an Extreme Loaded Dog, Inferno Bacon Wrapped All-Beef Dog, an all-beef hot dog topped with jalapeño relish, tomatoes, sport peppers with ghost chili aioli. It will be available at three Extreme Loaded Dog locations on the field, loge and reserve levels. Half Jidori Chicken with jalapeño cornbread, smoked baked beans, charred corn kernels served on a special pressed palm platter will be available at the Think Blue BBQ at the left-field pavilion plaza. A Steakhouse Stuffed Smoked Gouda Burger on a potato bun with dijonnaise and fries will be available at the Elysian Park Grill on the field level section 22.
Posted by Roberto Baly at 9:00 AM