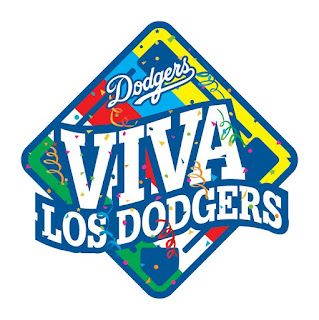 The Dodgers will celebrate Cuban Heritage Day at Viva Los Dodgers starting at 11:00 a.m. prior to Sunday’s game against the Brewers at 1:10 p.m. All Dodger Cubans and Cuban-Americans will participate in Sunday’s celebration. Viva Los Dodgers presented by State Farm and Time Warner Cable at the historic 76 station will feature photos with fans from 11:00 a.m. to 11:30 a.m. with All-Star catcher Yasmani Grandal. Outfielder Alex Guerrero will take photos with fans from 11:30 a.m. to 12:00 p.m. Outfielder Yasiel Puig will greet fans on stage at 11:30 a.m. to 12:00 p.m. and take part in a Q&A session alongside reliever Paco Rodriguez. Photos will be distributed to fans courtesy of Blue Prints.

“I’m an extremely proud Cuban-American and excited to be a part of Cuban Heritage Day this Sunday,” said Grandal. “I look forward to spending time with fans before I head out to represent the Dodgers at the All-Star game. My culture is a big part of who I’m and happy that the club organizes events like these.”

As part of Cuban Heritage Day at Viva Los Dodgers, musical entertainment will be provided by The Arsenio Rodriguez Project and Buena Onda. Dodger scout Mike Brito will also partake in a meet and greet with fans at 12:00 p.m. Levy Restaurants will offer exclusively at Viva Los Dodgers this Sunday, the Cuban Dog. The Cuban Dog features a quarter-pound all-beef hot dog topped with ham, pulled pork, Swiss cheese, yellow mustard and pickle chips and will be available at Viva Los Dodgers while supplies last.

Sunday’s Viva Los Dodgers is a pregame component of Cuban Heritage Day at Dodger Stadium which will feature Cuban music mogul and 19-time Grammy award winner Emilio Estefan throwing out the ceremonial first pitch before the game. The Dodgers will present a community hero award to the Gavina family at Viva Los Dodgers. Gavina Coffee, a Cuban-owned business, has been a coffee tradition in Los Angeles since 1967. Cuban-American Alejandro Mayorkas, Deputy Secretary of the Department of Homeland Security, will throw Sunday’s honorary first pitch.

Viva Los Dodgers takes place each Sunday of every homestand, two hours prior to the game. The season-long initiative celebrates Latino culture in Los Angeles and the legacy of Latino Dodgers past and present at a family-friendly pregame festival at the historic 76 station. Current Dodger players also make appearances throughout the season. All fans are welcome and can attend with a ticket to Sunday’s game. For more information on Viva Los Dodgers, please visit www.dodgers.com/viva and www.losdodgers.com/viva.

Player participation and timings are subject to change. A special group ticket rate is still available by visiting www.dodgers.com/Cuba.
Posted by Roberto Baly at 8:00 AM

The Dodgers have always tried to incorporate the culture diversities of their players into pre and post games events and glad to see them recconize the Cuban community...