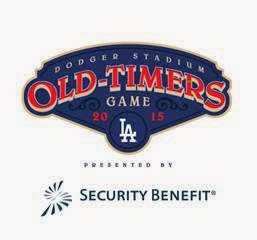 Dodger stars will shine as they return to the diamond for the Los Angeles Dodgers’ Old-Timers Game on Saturday, May 16 prior to the Dodgers-Colorado Rockies game.

In addition to saluting the 11 members of the 1965 team, the Dodgers will also acknowledge members of the organization’s first World Championship in 1955 when the team beat the New York Yankees in seven games, capped by a 2-0 shutout by the late Johnny Podres.  Five members of the 1955 Dodgers will be part of the festivities--Koufax, Tommy Lasorda, Don Newcombe, Ed Roebuck and Roger Craig.

After scan a handful of the articles on your web site these few days, and that i actually like your type of blogging. I tag it to my favorites web site list and can be checking back shortly. Please look at my information processing system additionally and let Maine recognize what you think that.
Agen Bola Indonesia
Agen Bola Tangkas

Your place is valueble for me. Thanks!… NHL Betting Tips Smart Travel Best Travel Destination