Big trade was made official... 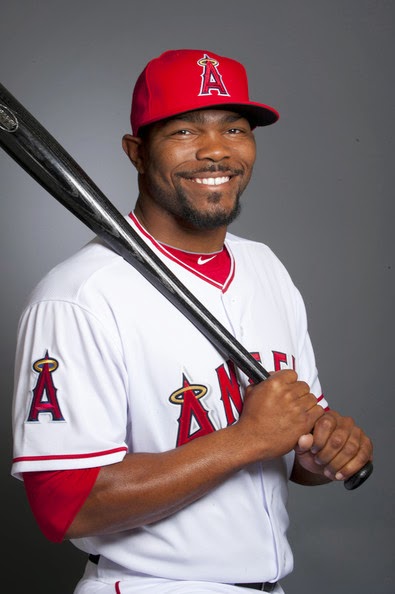 The Los Angeles Dodgers today announced the acquisitions of infielder Howie Kendrick from the Angels and prospects infielder/outfielder Kike Hernandez, catcher Austin Barnes and right-handed reliever Chris Hatcher from the Marlins. The acquisitions were made through two separate trades, a seven-player deal with Miami – with Los Angeles acquiring Hernandez, Barnes, Hatcher and left-handed pitcher Andrew Heaney in exchange for infielder Dee Gordon, right-handed pitcher Dan Haren, infielder Miguel Rojas and a player to be named later or cash considerations – and a subsequent trade that sent Heaney to the Angels in exchange for Kendrick.

Kendrick has a .292 career batting average with 249 doubles, 78 home runs and 501 RBI in 1,081 games in nine MLB seasons, all with the Angels. The 2011 All-Star has a .986 career fielding percentage, appearing primarily at second base, and has hit well in the clutch during the course of his career, posting a .292 batting average with runners in scoring position and a .295 mark with runners on base. The Florida native was originally selected by the Angels in the 10th round of the 2002 First-Year Player Draft.

Hernandez, 23, combined to hit .319 with 25 doubles, 11 homers and 42 RBI in 98 minor league games in 2014 with Double-A Corpus Christi, Triple-A Oklahoma City and Triple-A New Orleans. He made his Major League debut on July 1 with the Astros and was traded to Miami on July 31, combining to appear in 42 big league games with Houston and Miami and batting .248 with three homers and 14 RBI. In the minors, he appeared in the field at every position besides pitcher or catcher, with one game at first base, 47 games at second base, 16 games at third base, 21 games at shortstop, two games in left field, one game in center field and 11 games in right field.

In six minor league seasons, the native of Puerto Rico has a .273 batting average with 36 homers and 217 RBI in 512 games after he was selected by the Astros in the sixth round of the 2009 First-Year Player Draft.

Barnes, 24, was a Single-A Florida State League All-Star in 2014, combining to hit .304 with a .398 on-base percentage, 13 home runs and 57 RBI in 122 games with Single-A Jupiter and Double-A Jacksonville. In addition to appearing in 73 games behind the plate, Barnes played in 30 games at second base and 15 at third base.

Barnes has been selected to his league’s All-Star Game in three consecutive years (2012 South Atlantic League mid- and post-season, 2013-14 Florida State League mid-season) and has a .298 batting average with a .390 on-base percentage, 31 home runs and 186 RBI in 419 professional games in four minor league seasons. The Riverside, CA, native was originally selected by the Marlins in the ninth round of the 2011 First-Year Player Draft out of Arizona State University.

Hatcher appeared in a career-high 52 games for the Marlins last year, posting a 3.38 ERA with 60 strikeouts in 56.0 innings. He opened the season with Triple-A New Orleans, where he went 1-2 with five saves and a 2.01 ERA in 15 appearances.

Hatcher, 29, was originally selected by the club in the fifth round of the 2006 First-Year Player Draft as a catcher out of University of North Carolina at Wilmington. He made his big league debut as a catcher in 2010, appearing in five games, but converted to pitching in 2011 and made the first of his 81 MLB appearances that year (0-4, 4.82 ERA). As a minor leaguer, he has posted a 9-6 record with 55 saves and a 2.23 ERA in 156 relief appearances, while limiting opposing hitters to a .220 batting average with 193 strikeouts and only 68 walks in 185.1 innings.

Rojas, 25, appeared in 85 games with the Dodgers last year in his first big league action after nine minor league seasons in the Cincinnati and Los Angeles organizations. He was originally signed by the Reds in 2005 as a non-drafted free agent.
Posted by Roberto Baly at 9:00 AM

I'm sad to see Dee and Kemp go, and I wish they could have won one wearing Dodgers blue, but it was obvious that this team wasn't going to cut it. The Dodgers need defense, they need more pitching, they need more depth, and they need a proven starter in the post season. Looking at the moves all of this fits in to what the Dodgers need (assuming they get Hamles).

Reading reactions around the net it seems a lot of Dodgers fans are taking this very hard and letting their personal feelings of Matt Kemp cloud their judgment on the moves. Don't buy into Bill Plaschke nonsense that the Dodgers are somehow worst because he's going to miss Kemp for all the TMZ stories Matty gave him. In reality what Kemp's value is at this point is his name and his brand, and this is the main reason he was traded at this time. Don't be fooled into thinking this move was made to make the Padres into contenders, because that's not the case. Kemp is in San Diego to sell some jerseys and some season seats, and if the Pads are lucky Matt can hit 25 HR/.300 AB for them. I kind of want to doubt that though in their death valley of a ballpark.

Matt's bat was as hot as it was going to get this past October, and it still wasn't enough to get the Dodgers past the NLDS. I know people don't like to hear it, but it's time for the Dodgers to start taking a page from the Giants.

Jimmy rollins is ancient, and has a horrible batting average, howie kendricks is old and his best year in the mlb was last year and was mediocre at best, we traded off dee gordon a young ballplayer with tremendous upside, and Matt kemp who we should have traded off to a AL team having to see him play for the padres is like a slap to the face to all dodger fans.we could have gotten better value for our players instead traded our players off for prospects who may or may not even cut it in the big leagues.yes we may have got better defensively but our bats took a huge loss,we were a playoff contender all we needed was to fix the bridge from our starting pitchers to our closer, I hope the front office knows what they are doing because it looks like we're in rebuilding mode no world series for a few more years.

"..to see him play for the padres is like a slap to the face to all dodger fans.we could have gotten better value for our players instead traded our players off for prospects who may or may not even cut it in the big leagues."

This is the one complaint I'm seeing a lot, and like I said earlier I think everyone personal feelings towards Kemp is clouding them from seeing the reality of Matt Kemp's value. While Dodgers fans might have fallen in love again with Matt's bat, every GM in baseball isn't a Dodgers fan and as such evaluate Kemp in all aspects of his game.

The reality is Kemp maybe 30, but certain parts of his game (like baserunning, and outfielding defense) he is beyond below major league average, even compared to ancient players playing his position. This is reflected in Matt Kemp's WAR stat. You can visually see that those aspects of his game are not coming back. Then there are things like Matt Kemp's focus, or his ability to be clubhouse distraction at times.

Every GM in baseball sees Matt Kemp in this light, and every team in baseball has been aware that Kemp was on trading block for weeks already. The truth is the package the Dodgers got for Kemp was probably the best deal they could get. We were not going to get Cespedes or anyone of that calibur for Matt Kemp because every GM sees Kemp as a over the hill player.

It's harder for the more casual fans to evaluate Matty because he is such a ESPN darling, and you are never going to hear the media say anything negative about him like they do with Yasiel Puig.

As for Rollins yeah his batting is nothing to brag about, but Hanley wasn't exactly lighting it up either last season. When we talk about defense which is the main value of a SS or 2B there is no comparison between the two. The Dodgers actually looked like a better team last season with Miguel Rojas and his lousy batting average starting at SS compared to when Hanley would start. In fact if memory serves me correct a big reason that Kershaw meltdown in game 1 of the NLDS even happened in the first place was because Hanley made a bonehead error that cost the Dodgers what turned out to be precious out.

The Dodgers need to get some D. Kendrick and Rollins provide that, and Joc at center will be a big upgrade in that department. Just getting Matt Kemp out of the outfield has improved the defense at all three positions big time.