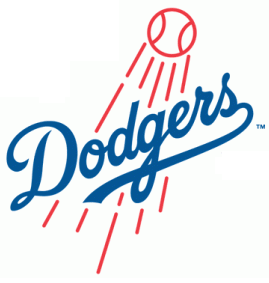 The Los Angeles Dodgers today announced their 2015 promotional schedule. The list of items includes fans fan-favorites, as well as new offerings. The Dodgers’ full promotional calendar can be viewed by visiting www.dodgers.com/promotions. Opening Day at Dodger Stadium is Monday, April 6, 2015 against the San Diego Padres at 1:10 p.m.

“Our goal is to continually offer our fans the finest promotional giveaways and events,” said Dodger Executive Vice President and Chief Marketing Officer Lon Rosen. “We’ve put together a lineup featuring new and creative concepts as well as fan-favorite items that have been popular with Dodger fans for many years.  We also are bringing back one of our favorite events in the Hollywood Stars game.”

The Dodgers will proudly host Jackie Robinson Day on April 15 when players and coaches will join all of MLB in paying tribute to Jackie Robinson by wearing #42. Additionally, for the first time ever, fans will receive an adult Jackie Robinson replica jersey. The legendary Hollywood Stars game will make a comeback on June 6 after a brief absence. Old-Timers’ Game is also on the promotional calendar next season on May 16 along with a 1965 World Series replica ring giveaway celebrating the 50th anniversary of the Dodgers 1965 World Series championship.

The Dodgers will pay tribute to their Cy Young award-winners next season with a collectible set of eight Cy Young pins to include: Don Newcombe on April 13 (vs. SEA), Don Drysdale on April 27 (vs. SF), Sandy Koufax on May 14 (vs. COL), Mike Marshall on June 18 (vs. TEX), Fernando Valenzuela on August 10 (vs. WSH), Orel Hershiser on August 29 (vs. CHC), Eric Gagné on September 14 (vs. COL) and Clayton Kershaw on September 20 (vs. PIT).

Viva Los Dodgers, a season-long initiative now in its sixth year celebrating Latino culture in Los Angeles and the legacy of Latin American Dodgers past and present, will take place throughout the 2015 season: April 19 (vs. COL), May 3 (vs. ARZ), May 17 (vs. COL), May 24 (vs. SD), May 24 (vs. SD), June 7 (vs. STL), June 21 (vs. SF), July 5 (vs. NYM), July 12 (vs. MIL), August 2 (vs. LAA), August 16 (vs. CIN), August 30 (vs. CHC) and September 20 (vs. PIT). This family-friendly pregame festival is held two hours prior to each Sunday home game and fans can enjoy live music, player autographs and various activities. La Gran Fiesta Viva Los Dodgers, the culmination of a season-long series and the Dodgers’ marquee Hispanic Heritage Month celebration, is set for Saturday, October 3 (vs. SD).