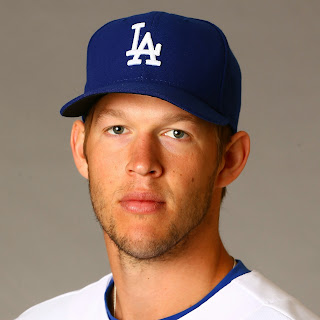 “An individual player is part of a greater whole--a player is part of a team. So any recognition of a single player is really just a reflection of the bigger picture,” said Kershaw. “I'm really humbled to receive the award for Most Valuable Player in the National League. Apart from previous recognition, this award feels significant in a different way. I never imagined getting to receive this honor. To the Baseball Writers' Association of America--thank you. To my teammates and coaches--this is a shared honor. I'm thankful to share seasons with gifted guys I respect. To the Dodgers organization and fans--playing baseball in Los Angeles is a privilege and I'm proud to represent you. I'm overwhelmed by the honors this off season has rendered. Thanks for making the 2014 baseball season one I will remember for the rest of my life.”

“Congratulations to Clayton,” said Hall of Famer and 1963 NL MVP Sandy Koufax.  “It’s a special honor to a special pitcher and a special person.”

Additionally, Kershaw was recognized for his all-around contributions by leading the NL (including pitchers and position players) in wins above replacement (WAR), according to both Baseball-Reference.com (led the Majors) and FanGraphs. He led NL pitchers with seven defensive runs saved, according to FanGraphs, and controlled the opposition’s running game, allowing only five stolen bases all year, earning the distinction as a Gold Glove finalist. At the plate, Kershaw batted .333 (5-for-15) with runners in scoring position and tied for fifth among NL pitchers with a .235 on-base percentage.

“Congratulations to Clayton Kershaw on winning the 2014 NL MVP Award,” said Dodger Special Advisor to the Chairman and 1956 MVP Don Newcombe. “There's no one more deserving of this award and I couldn't be prouder of this young man.”

Kershaw’s 1.77 ERA was the lowest mark by an MLB starter since Pedro Martinez posted a 1.74 ERA with Boston in 2000 and the lowest ERA for a National Leaguer since Greg Maddux’s 1.63 mark with Atlanta in 1995. He was the first Major Leaguer to post consecutive seasons with an ERA under 2.00 since Maddux in 1994-95 and joined Koufax (1963-64) as the only Dodgers since 1900 to accomplish the feat.

Kershaw tossed his first-career no-hitter in the Dodgers’ 8-0 win on June 18 against the Rockies at Dodger Stadium, when he took a perfect game bid into the seventh inning and retired the first 18 hitters before allowing his first (and only) runner to reach base (via an error). He struck out a career-high 15 batters, the most ever for a Dodger in a no-hitter and, according to the Elias Sports Bureau, the most by any pitcher in Major League history that did not allow a runner to reach base via hit, walk or hit by pitch.

Kershaw had several career-best streaks during the season, with an 11-game winning streak from June 2-Aug. 10 and a 41.0 consecutive scoreless-inning run from June 13-July 1, which tied for the fifth-longest in the expansion era. During the course of those streaks, Kershaw was selected at the National League’s Pitcher of the Month in June (6-0, 0.82 ERA) and July (4-0, 1.07).

Kershaw, who opened the season with his fourth consecutive Opening Day start and a 3-1 victory over the Diamondbacks at the Sydney Cricket Ground in Australia, has gone 98-49 in 211 games (209 starts) in seven big league seasons. Since his MLB debut in 2008, he leads the Majors with a 2.48 ERA and a .209 opponents’ batting average, posting the lowest career ERA among pitchers with at least 1000.0 innings pitched and 100 starts since the beginning of the Live Ball Era in 1920. Kershaw was originally selected by the Dodgers in the first round (seventh overall) in the 2006 First-Year Player Draft out of Highland Park (Texas) High School.

Yesterday, Kershaw was unanimously awarded his second consecutive and third career Cy Young Award, becoming just the ninth all-time pitcher to win three or more Cy Youngs and also the ninth pitcher to win the award in consecutive seasons. He was previously honored this year with his second-consecutive Roy Campanella Award as the “most inspirational Dodger,” the Players Choice Awards for Marvin Miller Man of the Year, MLB Player of the Year and Outstanding National League Pitcher, a selection as both Sporting News’ and Baseball America’s MLB Player of the Year and the Warren Spahn Award as the game’s top left-hander.

Kershaw was also the Dodgers’ Roberto Clemente Award nominee once again in 2014 after winning the league-wide award in 2012, as he and his wife, Ellen, have continued to make an impact off the field through their charitable work in Los Angeles, their hometown of Dallas and abroad. The Kershaws founded their non-profit, Kershaw's Challenge, in 2011 with one goal: To challenge and encourage people to use whatever passion, purpose or talent that they have been given to make an impact on the lives of others in need. The non-profit foundation works to transform at-risk communities and the lives of children by partnering with organizations both locally and abroad to renew hope, one life at a time. This year, through Kershaw’s Challenge, Kershaw chose to support local charities in Los Angeles, partnering with The Dream Center and ShareFest, as well as charities in his hometown of Dallas (Mercy Street) and in Zambia (Cure International and Arise Africa).

The Kershaws have hosted an annual charity fundraising event in Los Angeles for the past three years, with Clayton’s Texas BBQ & Hoedown in 2012 and Ping Pong 4 Purpose in 2013 and 2014, benefitting Kershaw’s Challenge and, earlier this month, Kershaw’s Challenge hosted an inaugural Benefit Concert in Dallas to raise funds and awareness for their Zambian and Dallas outreach projects. Kershaw also continues to raise money through his Strike Out to Serve initiative, where he makes a donation for each of his strikeouts and challenges others to do so as well. In addition to financial support, Kershaw has made numerous visits to each organization, where he’s assisted with community outreach programs, run baseball clinics/camps and donated/distributed essential daily supplies like food and clothing.