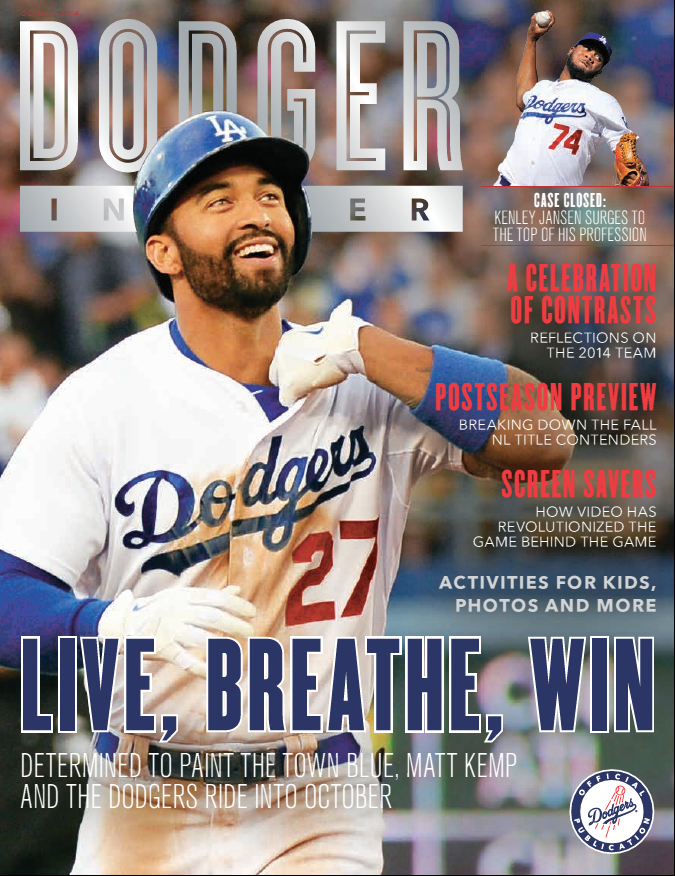 The Los Angeles Dodgers will host game 1 of the NLDS at Dodger Stadium tomorrow at 3:37 p.m. against the St. Louis Cardinals (RHP Adam Wainwright vs. LHP Clayton Kershaw). All auto gates will open at 12:30 p.m. and stadium gates will open at 1:00 p.m. NLDS Game 1 is sold out. The first 50,000 fans in attendance will receive a blue rally towel presented by 76.

Friday’s game will be carried on FS1. All Dodger postseason games can be heard on Dodgers Radio KLAC AM 570 with Vin Scully, Rick Monday and Charley Steiner and in Spanish on Univision America KTNQ 1020 AM with Jaime Jarrín, Pepe Yñiguez and Fernando Valenzuela.  The games also can be heard in Korean on Radio Korea AM 1540.

Dodger fans should plan to arrive early to avoid rush-hour traffic and alleviate congestion.  Fans also are urged to carpool to Dodger Stadium or utilize one of the many alternative transportation services offered. Complete details can be found by visiting www.dodgers.com/express. For specific route and schedule information fans can visit www.metro.net or call 323.GO.METRO. The Dodger Express will begin shuttle service from the South Bay for postseason games to assist fans in their travel plans.

The Veteran of the Game presented by Bank of America is U.S. Army Colonel Matthew Ruedi. Ruedi is the 916th Support Brigade Commander at Fort Irwin National Training Center in San Bernardino County. He has served deployments to Kosovo and three deployments to Iraq in support of Operation Iraqi Freedom.

October 2014 magazine cover a review of the 2014 regular season and a look ahead to the playoffs are featured in October’s Dodger Insider magazine, with reigning NL Player of the Month Matt Kemp on the cover. The issue also offers a feature on closer supreme Kenley Jansen, a recap of the progress of the Dodgers’ top minor-league prospects, inside-the-game and historical stories, photos, games for all ages and much more. Dodger Insider serves as a companion to the Dodger Insider blog, located at www.dodgers.com/insider and published multiple times daily. Dodger Insider magazine and the 2014 Los Angeles Dodgers Yearbook, featuring a 21-page commemorative section dedicated to Vin Scully in his own words, are on sale throughout Dodger Stadium during the NLDS, including the Top of the Park store and online at www.dodgers.com/magazine. Subscriptions to the magazine can be ordered at any time.  A digital version of Dodger Insider magazine, featuring embedded video links, is also available.

The Los Angeles Dodgers Foundation (LADF) will hold a silent auction on the Club level by the Vin Scully Press Box. The auction ends at 5:15 p.m. with more than 25 items up for bid, including a Vin Scully autographed baseball, Clayton Kershaw autographed photo and Yasiel Puig framed autographed LA Dodger jersey. All proceeds will benefit LADF and its programs in sports and recreation, education and literacy and health and wellness which help children and families throughout the greater Los Angeles region.
Posted by Roberto Baly at 5:00 PM