I'm a fan of Andrew Friedman and what he has done with the Tampa Bay Rays. Very happy with this move.

Oh, it looks like Ned Colletti is still staying. 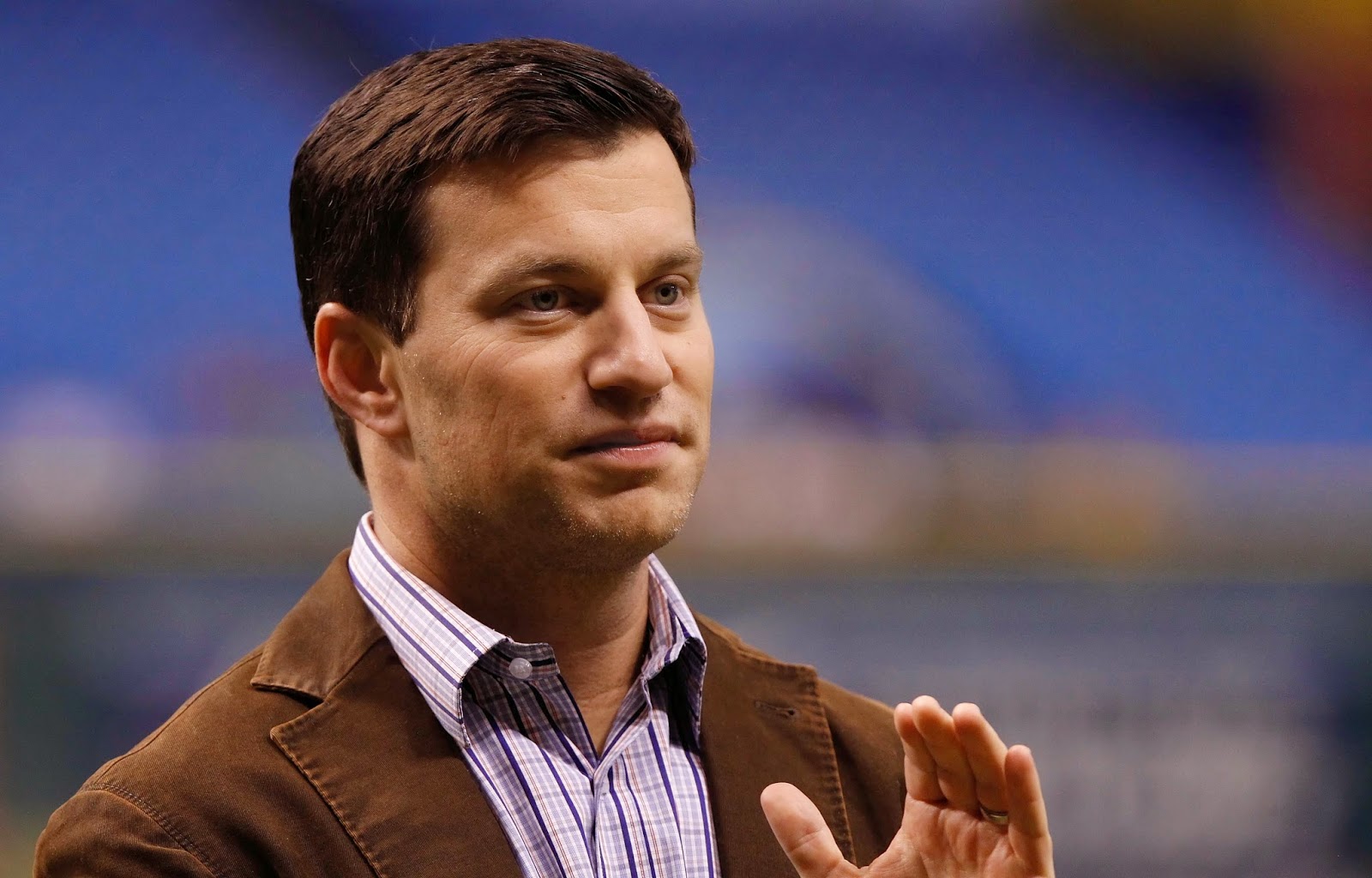 The Los Angeles Dodgers today announced the hiring of Andrew Friedman to the newly created position of President, Baseball Operations. The club also announced that Ned Colletti will remain with the Dodger organization as a Senior Advisor to the President and CEO Stan Kasten.

Friedman will be available to the media at a news conference tomorrow at Dodger Stadium, with details to be announced later today.

Friedman, 37, previously served as the Executive Vice President of Baseball Operations of the Tampa Bay Rays, where, despite overseeing one of the league’s lowest payrolls, he led the Rays to four postseason appearances, including two division titles (2008, 2010), in nine seasons from 2006-14. Under Friedman, the Rays posted the franchise’s first winning season and won the American League pennant in 2008, when he was named Sporting News’ Executive of the Year. After finishing below .500 in each of its first 10 years of existence, the Rays finished above the .500 mark in six consecutive seasons under Friedman from 2008-13.

“Andrew Friedman is one of the youngest and brightest minds in the game today and we are very fortunate to have him join our organization,” said Dodger President & CEO Stan Kasten. “The success he has had over the past nine years in molding the Tampa Bay Rays team has been incredible.”

Friedman received a baseball scholarship to Tulane University, where he graduated with a bachelor of science in management with a concentration in finance. He played outfield for the Green Wave before injuring his shoulder. Andrew and his wife, Robin, reside in St. Petersburg with their two sons, Ethan Jack and Zachary Evan.

“Ned Colletti has played a major role in the success of the Los Angeles Dodgers over the last nine years and I’m thrilled that we are able to retain him as a special advisor to me,” said Kasten. “Ned’s knowledge and experience in the game covering 33 years will be a great asset to the club as we continue to add and build our player development system.”
Posted by Roberto Baly at 2:00 PM

I know some people hate Colletti with a passion, but I'm fine with Ned staying with the organization in a role other than GM. If there is anyone who needs to get the pink slip from the Dodgers, it's Don Mattingly.

Hopefully keeping Colletti around is a sign from the organization that Donnie baseball is on the outs.