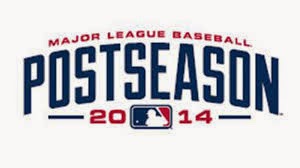 The Los Angeles Dodgers today announced their 25-man roster for the 2014 National League Division Series, which begins this afternoon vs. the St. Louis Cardinals at Dodger Stadium. First pitch is scheduled for 3:37 p.m. PT.

The Dodgers will carry 12 pitchers and 13 position players. The roster is as follows:


The NLDS continues tomorrow night with Game 2 at 6:37 p.m. PT at Dodger Stadium.

The series shifts to St. Louis on Monday with Game 3 (Time TBD) and Game 4 (Time TBD, if necessary) at Busch Stadium next week. Game 5 (if necessary) would be played on Thursday, October 9 at Dodger Stadium (Time TBD).
Posted by Roberto Baly at 12:30 PM