I went to this event at San Manuel Casino last week...

Never been here before. Once inside the casino, I thought I was going to choke myself with all the smell of cigarettes. My GOD, everyone smokes!

Luckily, this event was held at a restaurant upstairs. I was able to breathe again.

I thought I had read somewhere that cameras were not allowed inside. But I did see several people with their cameras. I didn't bring mine. So the following pictures are from my iPhone. Didn't shoot many.

At the table. Sorry, no pictures of my steak. Would have felt weird doing that. 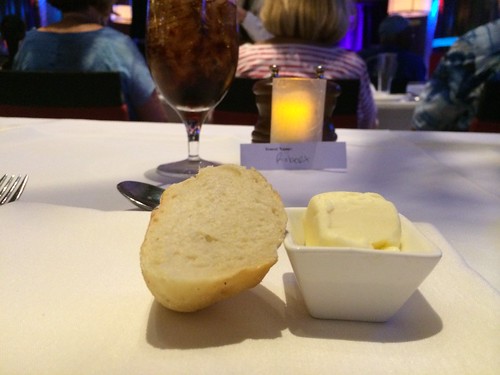 I was five rows back. 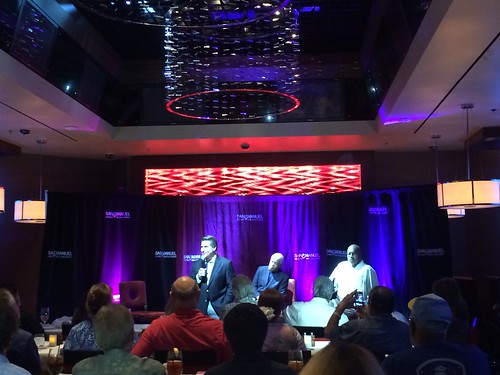 I did enjoy this event. I like baseball history and finding out the things that happened before my time. If you're not into that, I would understand if you would have been bored by this. Steve Garvey actually asked interesting questions. There were some hilarious stories from Wills.

I've met these guys before and know how they are with the exception of Baker. Only met him briefly at Dodger Stadium when he was managing the Chicago Cubs. I was impressed by his stories. He seemed to feel thankful for Garvey because he would give him advice during his time with the Dodgers.

A fan asked him how did he feel to accept the managerial position with the hated San Francisco Giants and he said "What was I suppose to do? The Dodgers gave me the Bakersfield position, in the minor leagues, the Giants were giving me the same job but in the MLB level. I was going through a divorce, I had to accept it".

There were many Bob Gibson stories. They didn't like facing him. Wills said that one time he felt very intimidated by Gibson on the field and tried to be friendly with Gibson and told him "C'mon brother" and Gibson tells Wills "Don't brother shit me".

A close up on Dusty Baker, Steve Garvey, Maury Wills and Tommy Davis. 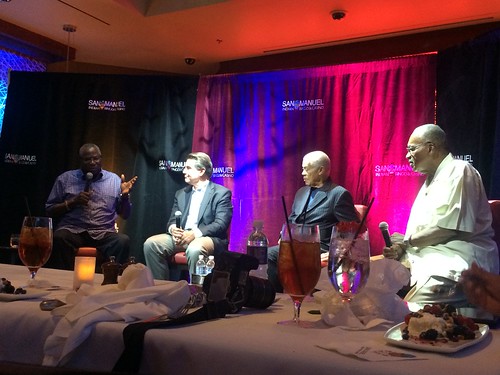 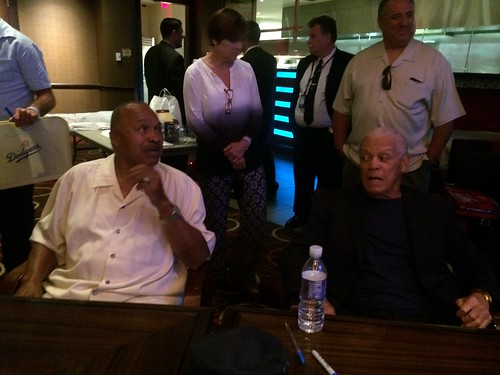 Thank you so much Dusty Baker! 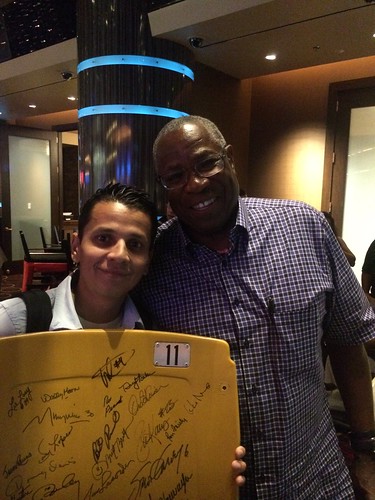 I had a good time!

good stuff roberto! i had a short convo with dusty at a spring training game a few years ago and he seemed like a good guy as far as fan interaction went.

We like this casino!!!!!!It fulfills all gaming needs. We love the Asian restaurant, great food/sushi. Money won and lost. We make sure to spend time there when we are in Baltimore. We find all staff to be courteous, helpful and on task…… www.onlineblackjackexperts.net.

Thanks meant for sharing this type of satisfying opinion, written piece is fastidious, that’s why I’ve read it completely.online casino ideal