George "Shotgun" Shuba passes away at 89 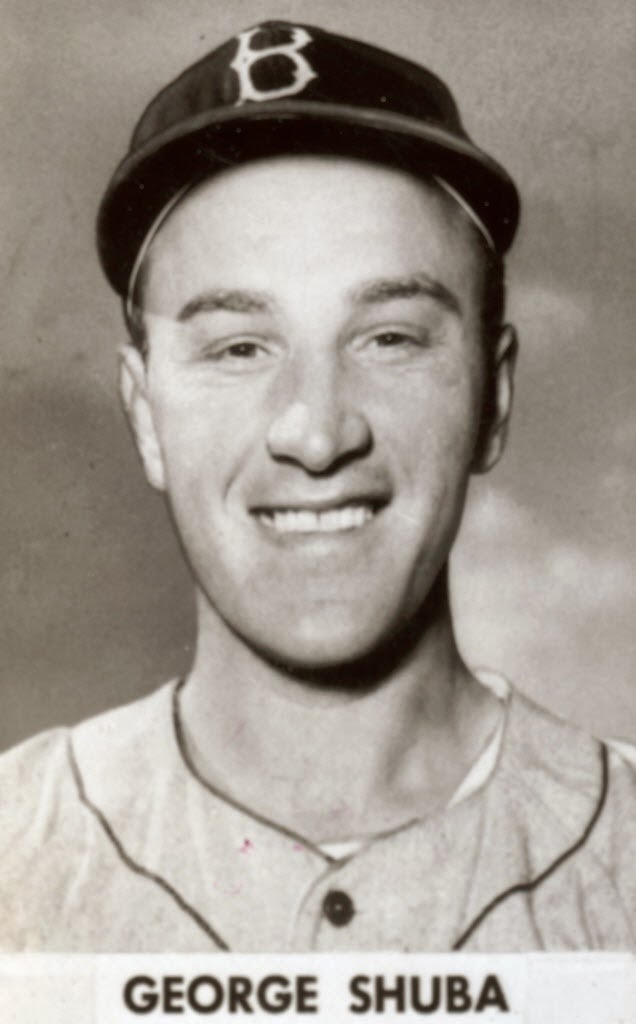 Brooklyn Dodger George “Shotgun” Shuba passed away at the age of 89 at his home in Youngstown, OH.

It was George who extended his hand, "A Handshake for the Century", in offering congratulations near home plate to Jackie Robinson, his Montreal Royals teammate, who hit a home run on Opening Day 1946 at Roosevelt City in Jersey City.  Robinson, the African-American infielder, was breaking the sport’s color barrier that afternoon.

Shuba’s nickname was born after someone compared his line drives to the sound of buckshot. Shuba compiled a lifetime .259 batting average in 355 games with Brooklyn from 1948-55 with 24 home runs and 125 RBI. He was the first National League pinch-hitter to hit a home run in World Series history, connecting against the Yankees in 1953.

Shuba is survived by his wife, Kathryn, his son, Michael, daughters Marlene and Marykay and his sister, Helen.

Funeral services are pending.
Posted by Roberto Baly at 6:00 PM