Dodgers To Move Triple-A Affiliate To Oklahoma In 2015 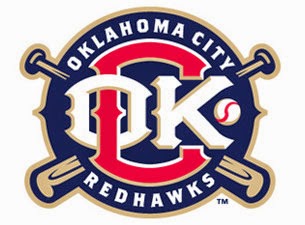 The owners of the Los Angeles Dodgers have announced that they have reached an agreement with Mandalay Baseball Properties, LLC on the purchase of the Oklahoma City RedHawks.  The purchase would be part of a partnership in which Peter Guber will be the Executive Chairman and Managing Director of the team and partners Paul Schaeffer and Larry Freedman will manage the operations of the company.

The Dodgers also announced they will change their triple-A franchise affiliation to Oklahoma City in 2015 and continue to play in the Pacific Coast League, while moving to the American Northern Division.

Guber, Schaeffer and Freedman have long held similar roles as principals with Mandalay Baseball Properties, LLC (MBP).  Magic Johnson was a founding partner with MBP in the Dayton Dragons franchise of the Midwest League, which was recently sold for a record sale price after selling out every home game in its 15-year history and holding the record for the most consecutive sellouts in North American sports at over 1,050 consecutive sellouts.

“My first experience as an owner in professional sports was in Minor League Baseball and I am looking forward to returning to MiLB with these partners in a dynamic sports market like Oklahoma City,” said Magic Johnson.

The purchase agreement is subject to customary closing conditions, including the approvals of the Pacific Coast League and Minor League Baseball and the review of the Office of the Commissioner of Major League Baseball.

Mandalay Baseball Properties LLC purchased the Oklahoma City franchise at the end of the 2010 season.  The team had been affiliated with the Houston Astros.

“The Los Angeles Dodgers look forward to making Oklahoma City our long-term home for our triple-A franchise,” said Dodgers’ President & CEO Stan Kasten.  “We are committed to the great sports fans and the great city of Oklahoma City.  We are excited to work with President & General Manager Michael Byrnes and his outstanding staff, who have been a very integral part of the community.

“We enjoyed a great relationship with the Albuquerque organization and its fans, but the opportunity of franchise ownership was one we couldn’t pass up.”

“I am thrilled to be partnering with the Dodgers in the Oklahoma City franchise and am looking forward to an exciting future for the enterprise,” said Mandalay Baseball Chairman Peter Guber.

“This is a prestigious ownership group with a lot of options for their franchise. We're honored that they've decided on the Brick in Oklahoma City, one of the top minor league ballparks in America,” said Oklahoma City Mayor Mick Cornett.

Fellow NBA owner and Chairman of the Oklahoma City Thunder, Clay Bennett said “Peter Guber has been a great partner and friend in the NBA as well as part of the current ownership group of the RedHawks.  It is great news for Oklahoma City that he and his partners at the Dodgers will be acquiring the team.”

Five of the Dodger owners also currently own the Los Angeles Sparks of the WNBA, while Guber and Schaeffer are both owners and Guber is the Co-Executive Chairman of the Golden State Warriors of the NBA.
Posted by Roberto Baly at 9:30 AM