This is a good idea! 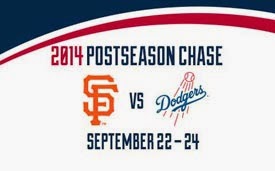 The Los Angeles Dodgers encouraged their fans to stage a #DodgerBlueOut at Dodger Stadium during the Sept. 22-24 series with the San Francisco Giants.

Elements to be a part of the #DodgerBlueOut promotion include urging all fans to wear Dodger blue; a Twitter contest for fans to share photos of themselves wearing as much blue as possible with the winner earning four tickets to the series opener on Sept. 22; all merchandise will be discounted 20% at all stadium retail locations beginning Sept. 22; blue balloons at stadium entrances; face painting and photo booths with blue props; seat upgrades for fans in their bluest-blue outfits; a special Blue Heaven dog; Blue Margaritas; Tommy Lasorda birthday celebration on Sept. 22; promotional giveaways include Clayton Kershaw Commemorative No-Hitter Pin on Sept. 22 and Sleeved Blanket Night on Sept. 23.

“We want to encourage all Dodger fans to help us create the most electric atmosphere possible at the series with the Giants by wearing their blue and encouraging their friends to do the same,” said Dodgers’ Executive Vice President, Chief Marketing Officer Lon Rosen.  “Our goal is to create a sea of blue that will make for a truly special fan experience during what promises to be a very exciting series.”

Tickets are still available for all games against the Giants and can be purchased by visiting www.dodgers.com/tickets or by calling (323) DODGERS.
Posted by Roberto Baly at 6:00 PM