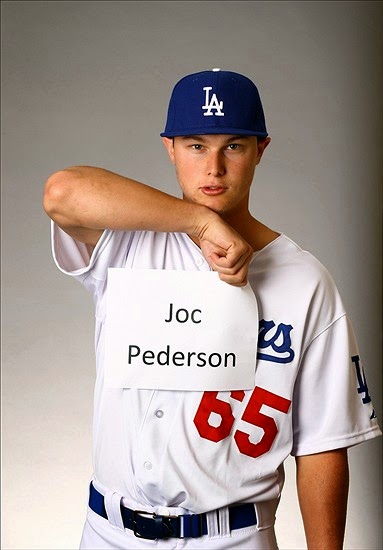 Federowicz has appeared in 18 big league games in two stints with the Dodgers this year, but tore up the Pacific Coast League with a .328 batting average, 26 doubles, 14 homers and 48 RBI in 78 games with Albuquerque. The 27-year-old posted a .297 batting average with runners in scoring position (22-for-74) for the Isotopes this season.

Garcia, 24, will be making his Major League debut after going 4-2 with five saves and a 3.10 ERA in 47 appearances with Triple-A Albuquerque. He limited right-handed hitters to a .200 batting average (28-for-14) and posted a 2.84 ERA (6 ER/19.0 IP) in 14 games after the All-Star break. The native of the Dominican Republic is in his sixth professional season after being signed as a non-drafted free agent on Jan. 29, 2009.

Guerrero will be making his first appearance on the big league roster since appearing in both games Down Under during MLB’s Opening Series in Sydney. The 27-year-old hit .329 with 15 homers and 49 RBI in 65 games with Albuquerque, including a .356 batting average with runners in scoring position (26-for-73).

Pederson, who is making his first appearance on the Major League roster, was honored as the 2014 Pacific Coast League Most Valuable Player, the league’s Rookie of the Year and as an outfielder on the All-PCL Team, after becoming just the fourth player in the 112-year history of the Pacific Coast League to post a 30-home run/30-steal season. The 22-year-old batted .303 with 30 steals (T-7th, PCL), 17 doubles, four triples, 33 homers (1st, PCL) and 78 RBI in 121 games with Triple-A Albuquerque this year.

Perez last pitched in a Major League game on Aug. 3 against Chicago-NL and made five rehab appearances with Single-A Rancho Cucamonga.

Triunfel played in 12 games in five stints with the Dodgers this season, his first year with the organization.
Posted by Roberto Baly at 3:30 PM