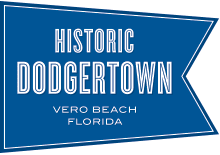 Instructors scheduled to attend include:  Ron Cey, Tommy Davis, Steve Garvey, Mickey Hatcher, Rick Monday, Steve Sax, Don Sutton, Maury Wills and Steve Yeager. Of those nine former Dodgers, all have played in at least one World Series for the Dodgers and two of them were Series MVPs, including Cey (1981 tri-MVP) and Yeager (1981 tri-MVP). Sutton was inducted into the National Baseball Hall of Fame in 1998. Sax (1982) was N.L. Rookie of the Year, while Wills (1962) and Garvey (1974) were N.L. MVPs.

“We are delighted to add legends Tommy and Bruce to our growing roster of guest instructors for the camp,” said O’Malley. “Our campers will have a memorable experience spending time every day alongside some of the greatest names in Dodger history. For any baseball fan who has ever thought about a fantasy camp, this is the perfect one to attend.”

Lasorda said, “I’m looking forward to returning to Historic Dodgertown. It is such a special place in my heart and I have so many great memories from my time there.  We’ll have fun with the campers, sharing stories from our enjoyable days there.”

Lasorda won 1,599 games and two World Championships (1981 and 1988) for the Dodgers in his 20-year managerial career before his induction into the National Baseball Hall of Fame in 1997. It was in that year that the Dodgers retired his uniform No. 2 and named a street at Dodgertown “Tommy Lasorda Lane.” He is in his 65th season with the Dodger organization and is in his ninth season serving as Special Advisor to the Dodger Chairman. Renowned as a goodwill ambassador for baseball throughout the world, Lasorda managed the United States team to a gold medal against a heavily-favored Cuban team at the 2000 Olympic Games in Sydney. Lasorda has been enshrined in 17 different Halls of Fame.

The always gregarious Froemming has endless tales to share from his 37 years in the majors. When he retired after the 2007 season, he held the MLB record for longest tenure for full seasons at 37. In 1963-70, Froemming worked Dodger minor league games at Dodgertown. Once he reached the majors, Froemming was selected to work in five World Series and was behind the plate for 11 no-hitters. He maintains a residence in Vero Beach.

“Forty-plus years of umpiring at Dodgertown and 30-plus fantasy camps in Vero Beach, you couldn’t have more fun and lots of stories dealing with Tommy Lasorda,” said Froemming.

The Dodgers and Historic Dodgertown have teamed up for this year’s camp, certain to be the best ever. As in past camps, Dodger legends serve as instructors and interact on a daily basis with campers to improve skills, impart their baseball knowledge, compete in a game and share stories about their baseball careers.

The success and popularity of the camp begins with the unique, all-inclusive experience, as participants train, play, dine and stay in one place. Campers will take a beautiful, short walk in a park-like setting from their newly-designed rooms to the baseball fields, the major league clubhouse (formerly used by the Dodgers), the inviting dining room, fitness center and Stadium Club lounge with large screen TV, card tables and billiards.

Hours of enjoyment and the opportunity to learn and hear baseball stories from Dodger stars of the past fill the six nights and five days camp schedule. It is around-the-clock, first-class baseball fun, with campers treated the same as when the Dodgers trained at Dodgertown from 1948-2008.

Included in the camp package: three meals a day; double occupancy (six nights) in one of Historic Dodgertown’s newly-designed rooms; two authentic personalized Dodger jerseys, both home and road; a video of camp activities and team photo; an autographed baseball by the instructors and other Dodger personnel in attendance; 50 baseball cards with your picture and camp statistics; instructors vs. campers game at iconic Holman Stadium; a poolside cocktail party on the first day; and use of fitness center and on-site recreational facilities (including basketball and tennis courts and the competition-size swimming pool). Cost for this exclusive experience is $4,995.

As the camp is filling up, please call toll-free (844) 670-2735 for more information and to make reservations or visit historicdodgertown.com.

O’Malley, president of the Los Angeles Dodgers from 1970-1998, is responsible for Historic Dodgertown – Vero Beach, Florida, the world-famous, year-round multi-sport training and conference center.
Posted by Roberto Baly at 10:30 AM

Baseball is a sport of bat-and-ball that is played between two teams of nine players who each take turns batting and fielding. But the best baseball camps in California or US is that which provides strategy made by a professional coach in training camps. As they provide proper guidance for playing this logical game.