I needed a little break so I went to a baseball game.

I went to another Minor League ballpark with my son. This time it was San Manuel Stadium in San Bernardino. Home of the Inland Empire 66ers, an affiliate of the Anaheim Angels. 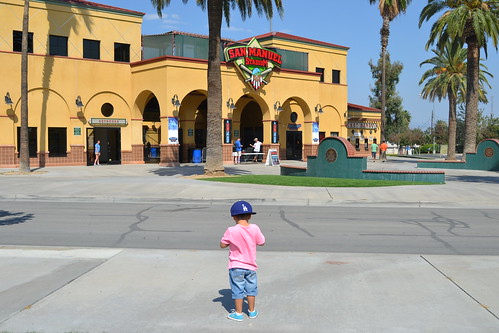 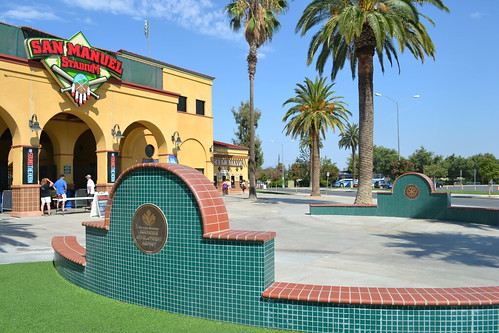 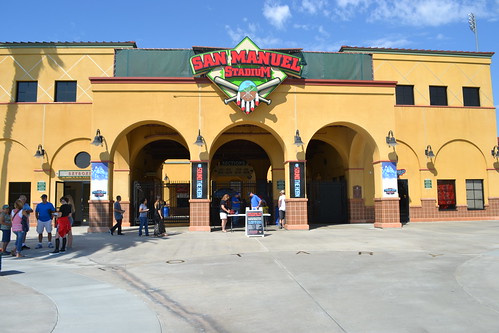 Andrew ready to get a ball. 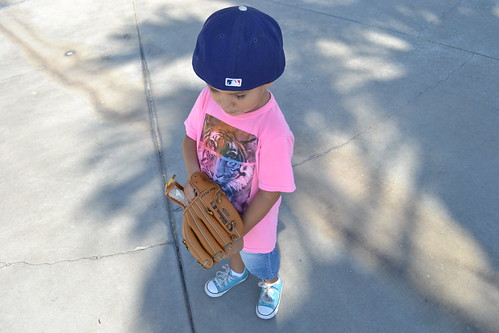 Ticket was $3.49. Cheaper than what I paid for parking! 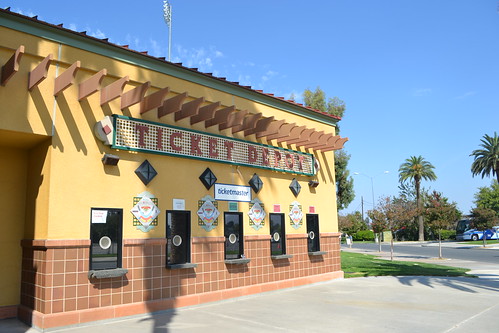 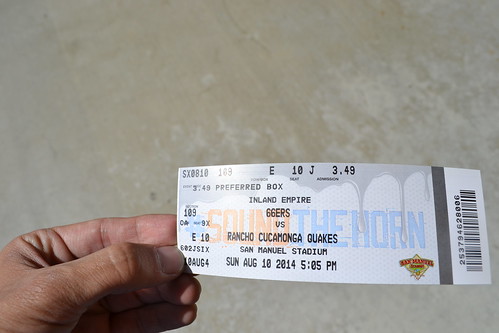 Pictures of the ballpark. Plus the huge screen. 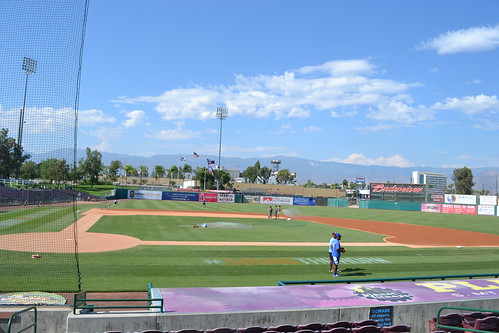 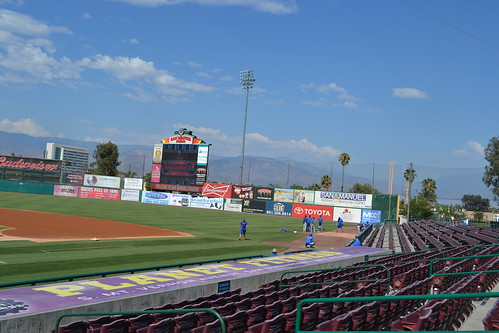 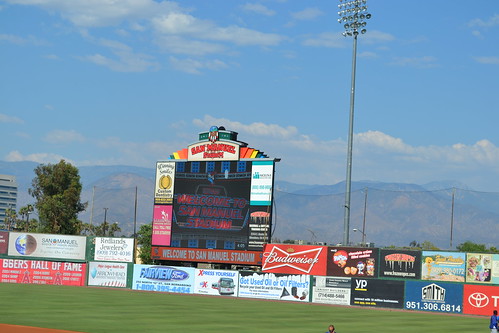 I saw Julio Urias throwing. We ran over there to shoot pictures.

In the background, you will see coaches Matt Herges and Ken Howell. Chris Perez, who is currently on the DL, is also working out with the Quakes. 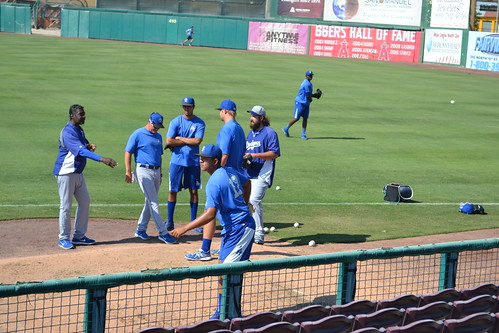 It was fun seeing this. I was thinking to myself "I'm probably seeing a future All-Star". 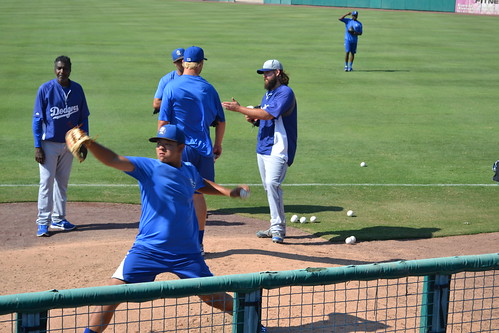 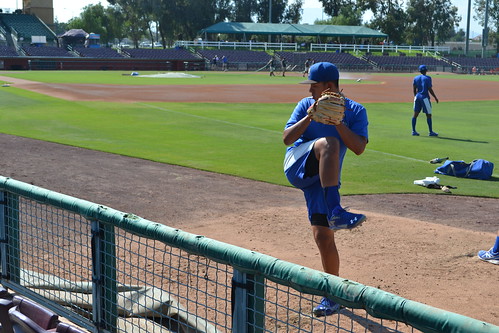 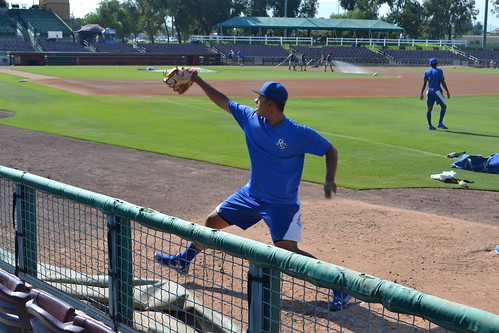 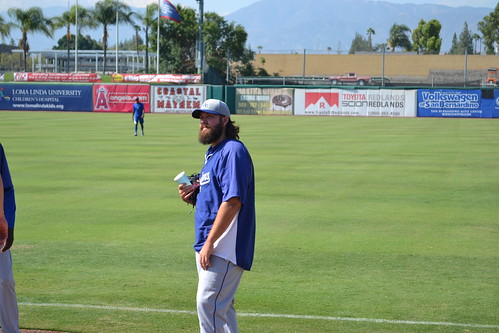 Matt Herges gave a ball to my son. Thank you Matt! 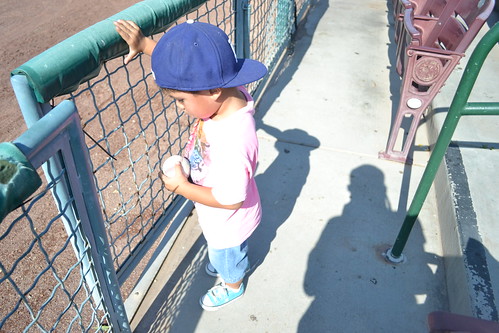 Thank you Julio for signing autographs. It was only me and another fan. Got to love minor league baseball. 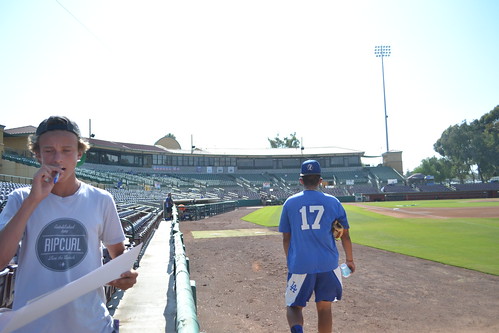 This is the reaction of my son when I told him there wasn't any pizza at this ballpark. 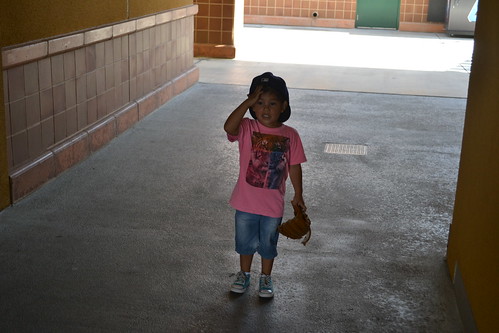 He was mad. I'm talking about super mad, like Cuban mad. It was my fault though. He should have ate something before coming here. But he wasn't hungry so I just thought to myself that I'll buy him food at the ballpark. I asked him what he wanted and he said pizza. We go to the concession stand and ask for a pizza. The lady tells us that there won't be any pizza because there won't be a big crowd.

But I understand. This is the minor leagues. You can expect that. And it's true, it wasn't a big crowd. No one is there. I saw less than 100 fans before the first pitch. But I have a very stubborn son. He will not take a no for an answer. I tried to explain there isn't any pizza and he looks at me confused as if I didn't want to buy him pizza. I told him let's eat something else and he cried. 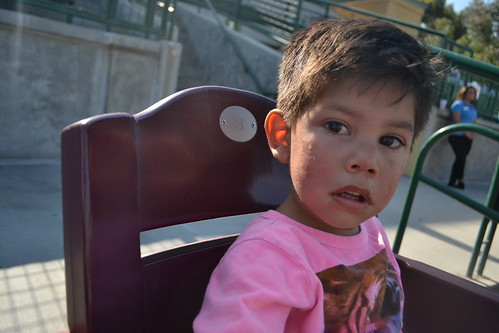 Sometimes I forget he just turned 3...

Made me feel sad. I event sent out a tweet to the 66ers. {linked here}

The 66ers mascot, Bernie, trying to cheer my son up. 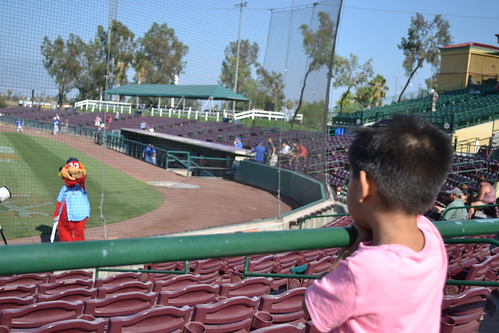 We left after two innings. I had to look for pizza somewhere else.

Besides the pizza incident, I had fun. Got to see Urias throw a bullpen and got a few autographs from him.

Thanks for reading.
Posted by Roberto Baly at 3:00 PM

Hi Roberto - big fan of your blog. What time did you arrive at the stadium to see Urias warming up? Thanks.

Hello, it was a 5pm game. The gates opened at 4pm. Once I got inside, he was already throwing.

Urias always throws so effortlessly. Amazing. And good post - thanks!