If I don't write this post right now, I'll never do it. I'm serious. I've done other events where I don't post about it because I forget or just get busy.

I went to WSS for this event.

I didn't take my son. He wouldn't have lasted in the sun. 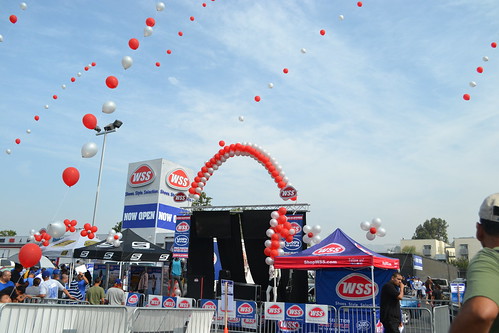 Ron Cey, Jaime Jarrin and Fernando Valenzuela were scheduled to sign autographs with a $25 purchase. 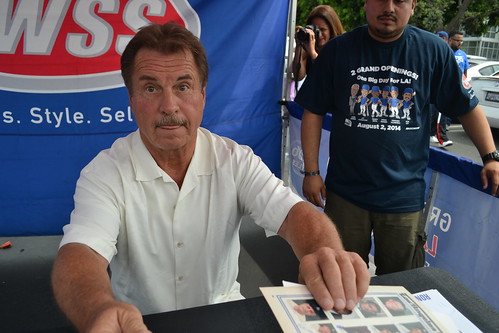 Cey signed first a bit after 11am. I didn't get anything for me since I helped a friend get an extra autograph.

After Cey, we were allowed to get back in line to wait for Jarrin and Valenzuela. The problem is that WSS did things backwards. I would explain but it's a long story. Let's just say it was a bit disorganized. 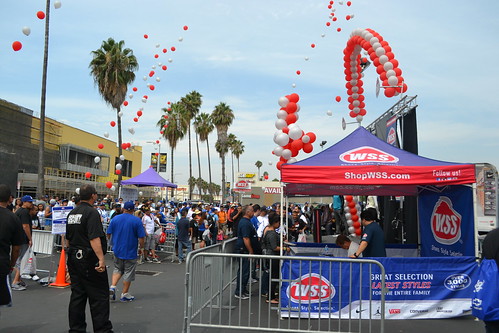 But I'm not really complaining. I got Jarrin and Valenzuela. 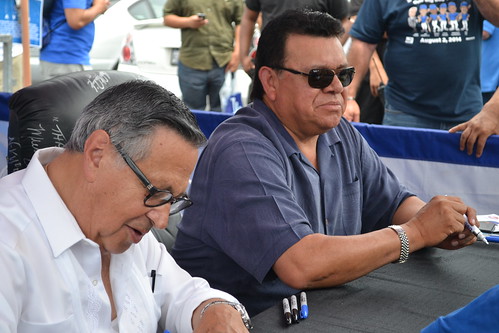 I didn't need anything from Jarrin to be honest but it's always good to have an extra ball signed by the Hall of Famer. 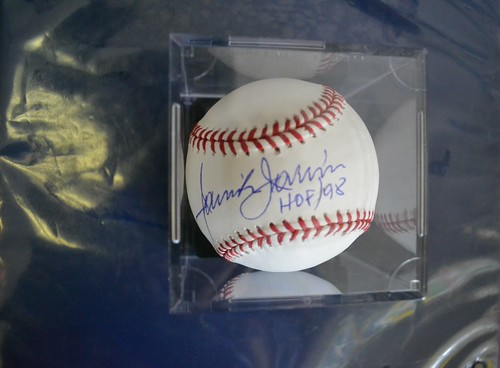 I have a Dodgers ticket stub from June 29, 1990. That's the date that Valenzuela threw a No-Hitter. I've had this ticket for about 15 years. I don't even know how much I paid for it. It was never my intention to get it signed by Valenzuela because I was scared that he was going to ruin it.

Let me explain, I have dozens of autographs from Valenzuela. I probably have 3 that are completely worthless in my opinion. One that he intentionally smeared because he can be difficult at times. Another one where he signed a 8x10 picture backwards because he thought it would be funny. And another picture that he signed it very small.

I took the chance and gave him the ticket. He would be sitting down and knew that he had to be at his best behavior since I'm assuming WSS is paying him for his time. This was not a Dodgers event.

My other choice would have been to give him this ticket whenever he does a paid signing. Which he actually did one a few months ago and I almost went to get this done but I skipped it.

I'm glad I went today. Gave Valenzuela the ticket and told him exactly where I wanted him to sign it. He got my pen and signed it nicely. 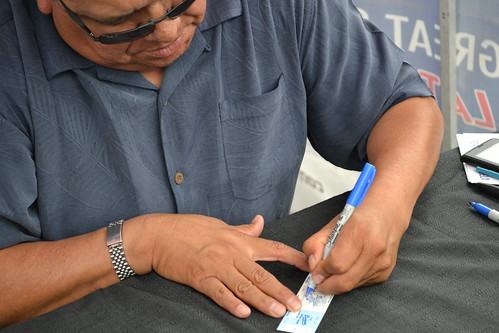 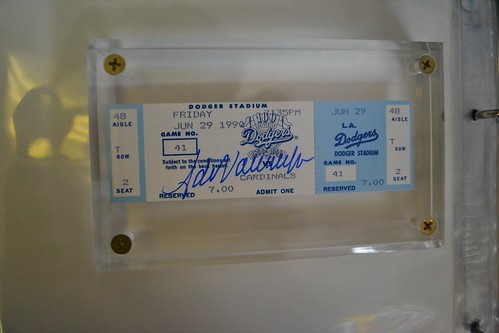 Thanks to WSS, Cey, Jarrin, Valenzuela and everyone that said hi.

Thanks for reading.
Posted by Roberto Baly at 5:30 PM

Awesome Roberto. I went to the other down by Pico and it was less of a hassle. Yeager, Mota, and Johnstone signed autographs at once in one table. Security also made sure that VIP, since we bought shoes, went first following the regular line. If I would have known that Cey went first, I could have gone for him. Oh well, least I got Yeager.

That's great! Glad you got those guys. :)

glad fernando cooperated for you roberto. the stub looks great.

Ahh..$7 for a reserve level ticket..Those were the days..Great post and great pics Roberto!