The Class A advanced California League has five teams in southern California. During this Summer, I'm planning on taking my son to all five ballparks.

First stop was Heritage Field. Technically, this is my second stop since I already went to LoanMart Field in Rancho Cucamonga. {linked here} But I didn't stay for the game. I only went for the Yasiel Puig bobblehead. So I do plan on going again to catch a game.

Heritage Field is located in Adelanto. Right before reaching the ballpark, you see many new homes and a few brand new shopping centers. Other than that, there is nothing much to see. 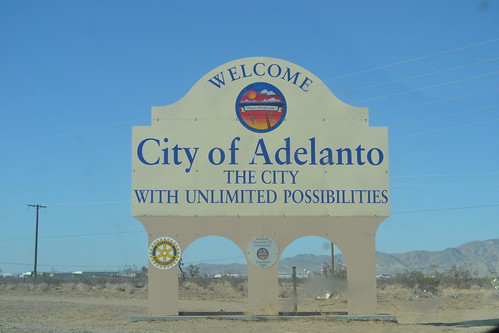 The High Desert Mavericks play here. It's a Seattle Mariners affiliate team. I came on this day because the Rancho Cucamonga Quakes were scheduled to play. If I'm going to visit other stadiums, might as well be the Quakes to check out the two Dodgers top prospects Corey Seager and Julio Urias. 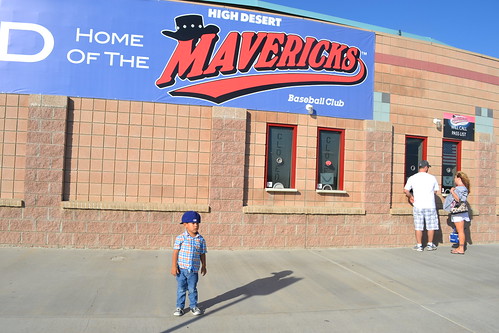 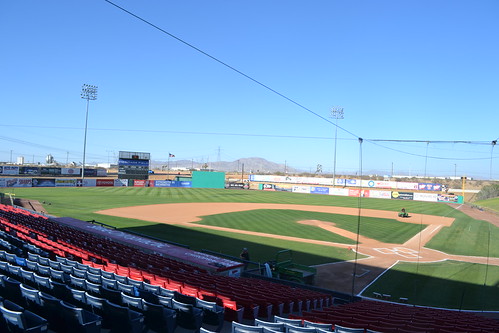 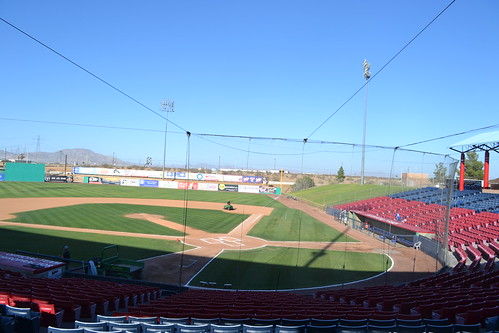 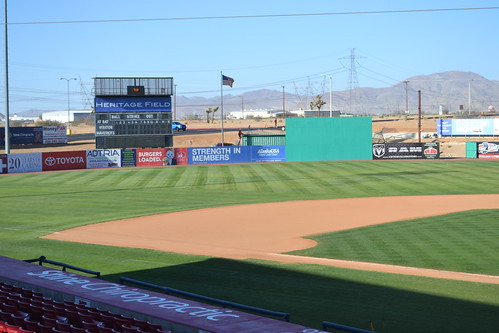 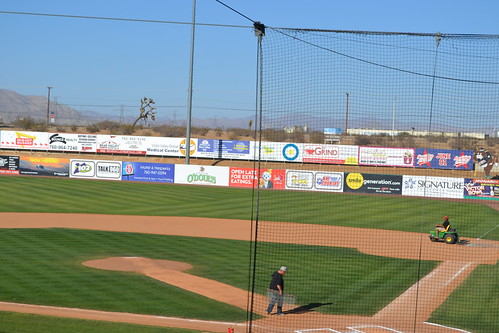 We got a ball. Unfortunately it wasn't a minor league ball. It was a "China" ball. 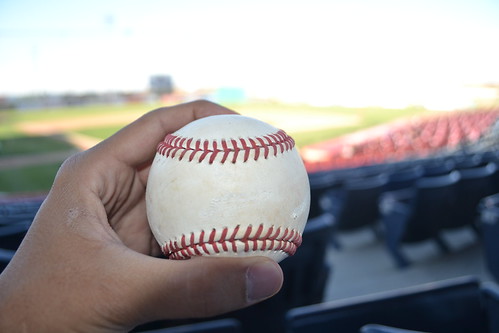 Who puts fries on top of their pizza? My son. 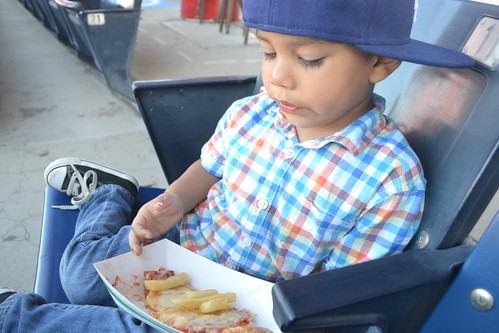 Corey Seager signed autographs. He was very nice in signing everything. 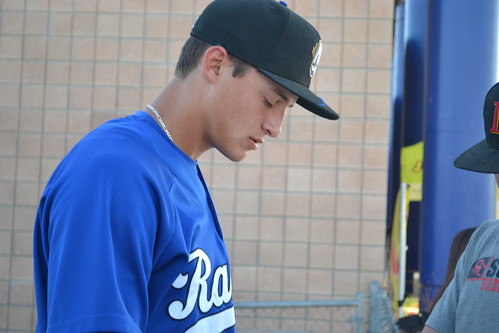 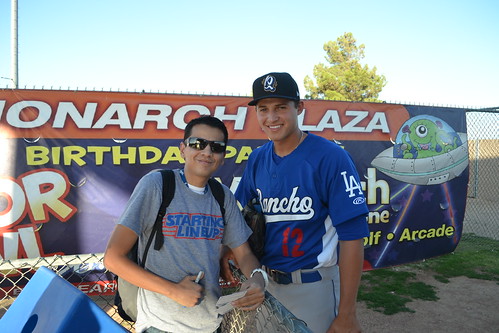 Thanks to a fan named Albert for shooting the above picture. I go somewhere far away and I'm still being recognized. "Are you Roberto"? Yes, that's me.

The grass seating area is nice. This is great for kids. Especially for those kids like my son that can't stay still. We go here and he runs around and I enjoy the game for a bit. 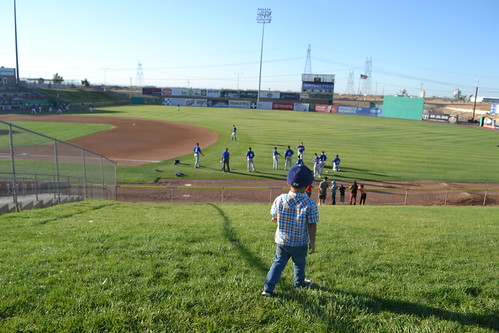 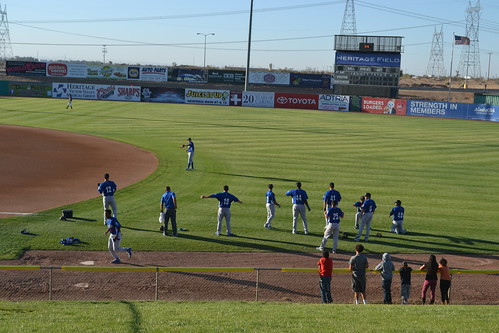 A shot of the 1st inning. Not many fans. 1,067 to be exact. Corey Seager went 0-5. You can blame me I guess. He's been hitting so well this season that many people feel he should be moved up. Dodgers prospect Tom Windle gave up 3 runs in 5 innings. He got the win. {Box score} 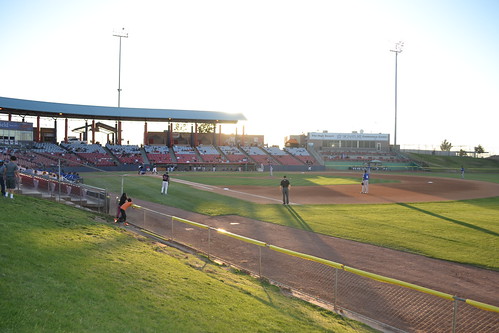 I got to see Gabby Guerrero hit. He's the nephew of Vladimir. 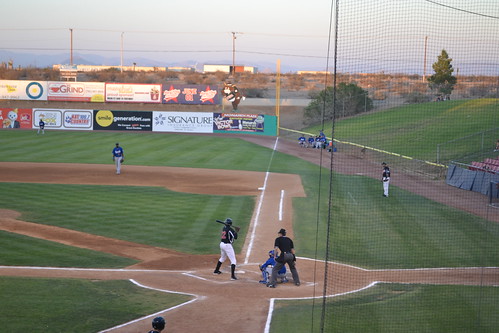 Wooly Bully is the Mavericks mascot. 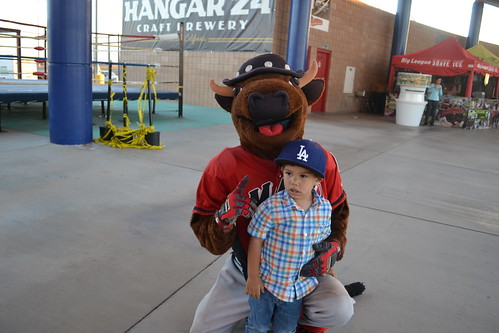 We left by the 5th inning. We had a long trip to go back home and my son was already tired. Leaving the parking lot, I caught this nice view. 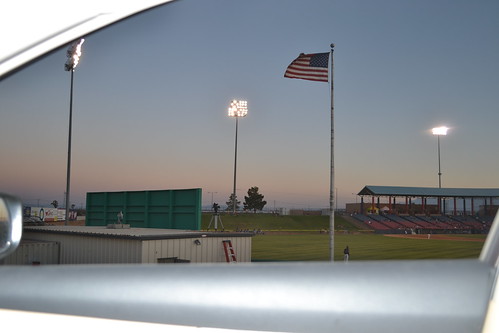 The next trip might be San Bernardino or Lancaster.
Posted by Roberto Baly at 10:00 AM

Looks like a great day to me, Roberto. Hope all is well with you.