President Jimmy Carter had a book signing event at Barnes & Noble in the L.A. Grove. I had to go. Besides collecting baseball autographs, I also like getting autographs from politicians.

It was only going to be a book signing. No other items were allowed. It was scheduled for 12pm and I showed up at 10:30am. I took my son. There was no choice. And I've mentioned this before but I have a very hyper boy. No way I was going to pull this off without any problems. I was getting a bit stressed out before arriving but I was prepared.

We had a big breakfast before leaving.

And he was happy arriving at the L.A. Grove. 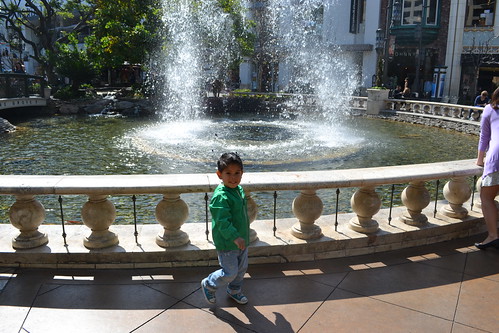 Barnes & Noble. I've been here before for other book signings but this one was a bit different since the secret service were involved. More strict rules. I bought the book and was told that the line was being formed by Farmer's Market. They gave me a bracelet with the letter "K". 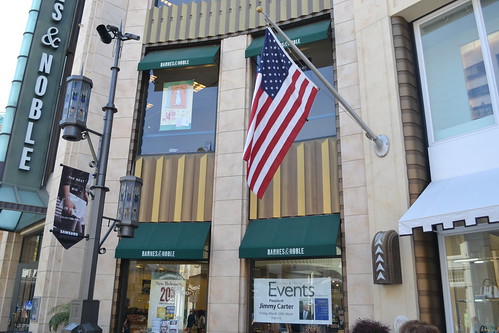 We had an early lunch. I didn't know how long we were going to be in line and I didn't want him to beg for food. And then I would be in trouble. We went to Farmers Market and ate Pizza. 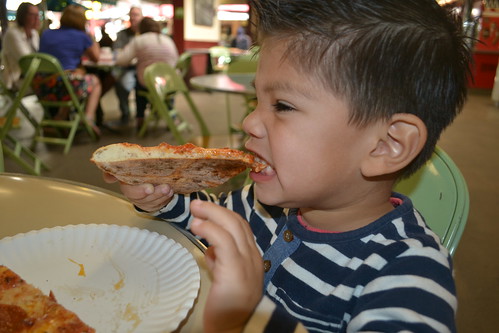 We got in line. This is the part where I was getting nervous. We were in the back since I was letter "K". 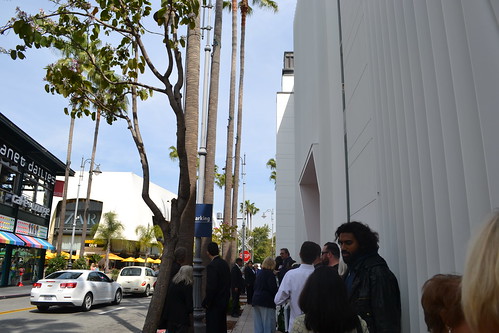 I was lucky that the people in front of me were nice and were talking to my son. And the people behind me had little kids with them so that was fun.

Once inside. We were told no pictures were allowed with President Carter.

Nice view. I swear, the President is there. 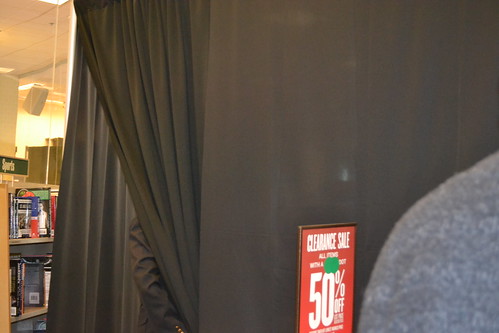 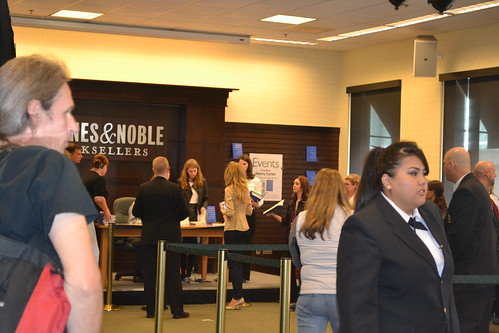 I had my backpack, a big camera and a sweater on and was told to put them on a table before getting my book signed. Weird but it's probably to see that I don't have any weapons with me.

I shot this picture with my iPhone. President Carter noticed my Dodgers shirt and tells me "The Atlanta Braves will win the World Series kid". 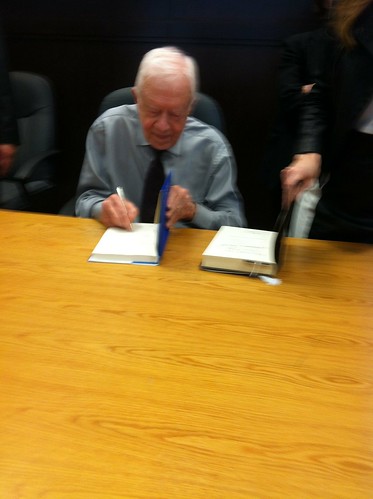 It was a good day. No problems at all with my son and we got to say hi to a former President. 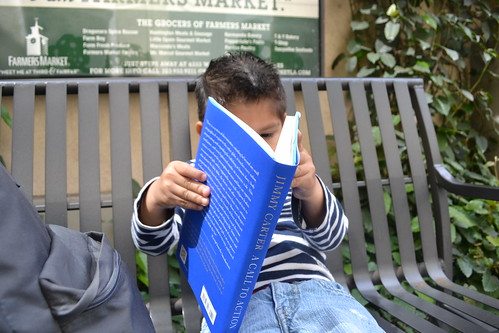 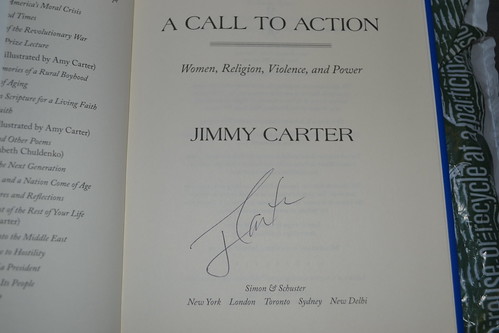