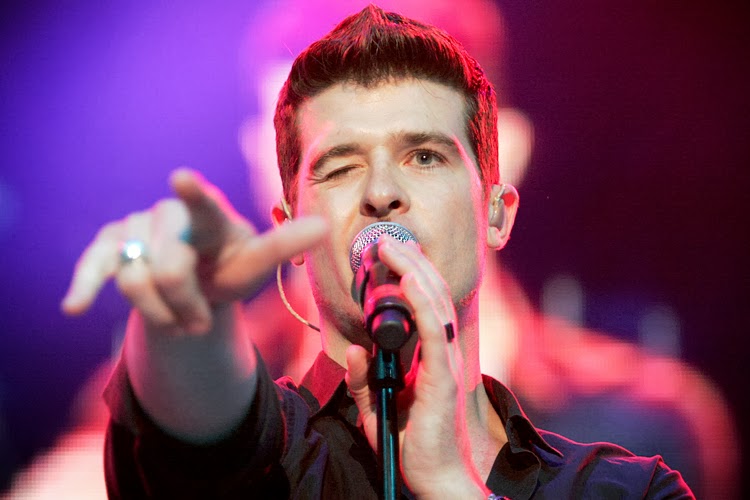 The Los Angeles Dodgers announced today that Interscope artist Robin Thicke will perform prior to the Dodgers’ April 5 game against the San Francisco Giants, the second game in a three-game series. Thicke will throw the ceremonial first pitch prior to the 1:10 p.m. game. The announcement was made via official Twitter handles @Dodgers and @RobinThicke. As part of Opening Weekend presented by Bank of America, Thicke will present a three-song pre-game concert. The Los Angeles native and multi-platinum soul and R&B singer-songwriter is set to perform his record-breaking hit “Blurred Lines.” Thicke’s pre-game concert is free to fans with a ticket to the Saturday, April 5 game. Fans are encouraged to arrive early to enjoy the concert.

“We are very excited to welcome mega-artist Robin Thicke to Dodger Stadium and partner with Interscope in presenting this very special pre-game performance as part of the Dodgers’ Opening Weekend,” said Lon Rosen, Executive Vice President and Chief Marketing Officer, Los Angeles Dodgers. “Robin is a magnificent, iconic performer, who is perfect to help our club launch the start of another thrilling year of Dodger baseball. We look forward to continuing to offer our fans exceptional entertainment at Dodger Stadium that complements our dynamic play on the field.”

The Dodgers are partnering with Interscope Records to present this special pre-game concert. This marks Thicke’s first and, to date, only performance at a Major League Baseball stadium. He is a longtime Dodger fan and supporter, having attended games as recently as last season. Thicke’s mega-hit “Blurred Lines” was a favorite in the Dodgers’ clubhouse last season.

“Born and raised in Los Angeles, I have been a Dodger fan my whole life,” said Robin Thicke. “Very excited to help bring in what we all hope will be a championship season.”

“Robin and the Dodgers are a perfect combination,” commented Steve Berman, Vice Chairman of Interscope Geffen A&M. “A quintessentially LA musician meets a quintessentially LA team. We’re thrilled to have this opportunity, and Robin is going to light up Chavez Ravine. Live. Breathe. Blu-rred Lines!!”

Robin Thicke will kick off his highly anticipated Spring 2014 North American tour on Friday, February 21 in Atlanta, Georgia at the Fox Theatre. For more information go to http://www.robinthicke.com/blurred-lines-tour.

Opening Weekend, a weekend-long celebration, begins with the Dodgers’ home opener on April 4. A limited number of tickets for the April 5 game can be purchased by visiting www.dodgers.com/tickets.