The Dodgers make it official. I'm a happy fan! 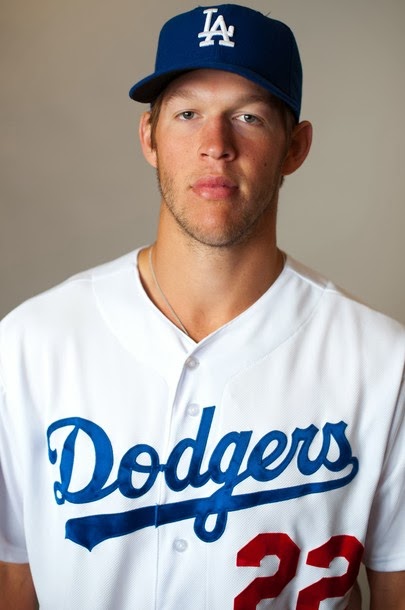 The Los Angeles Dodgers today announced the signing of left-handed pitcher Clayton Kershaw to a seven-year contract through the 2020 season. General Manager Ned Colletti made the announcement.

“It is an incredible privilege to be part of the Los Angeles Dodger organization for another seven years,” said Kershaw. “L.A. has become a second home to me and my wife, and I’m excited for the opportunity to represent the city for a long time to come. I am particularly grateful to our team’s ownership and front office for believing in me. With this contract comes tremendous responsibility, not only as a pitcher, but as a good steward of the resources given to me. To whom much is given, much is required. Ellen and I are excited to take an undeserved blessing and, Lord willing, make a difference in the lives of others. I’m humbled by this recognition and looking forward to a new season, and hopefully, a World Series championship for the city of Los Angeles.”

“There are great players and pitchers in the game,” said Colletti. “And then there are those who are truly special. Clayton is not only among the elite of this era, but the perspective he and Ellen bring to their lives in helping others is equally remarkable. We have been honored to have the Kershaws as part of the Dodger organization and we are honored to have them as a part of the Dodger family for years to come.”

The Texas native has also fared well in 83 games (82 starts) against divisional opponents during his career, posting a 37-22 record (.627) and the fourth-lowest all-time ERA against NL West opponents (min. 25 starts) with a 2.40 mark. Among pitchers with a minimum of 75.0 innings pitched, Kershaw has the lowest ERA of any pitcher since 1921 against the Giants’ franchise with a 1.38 mark (24 ER/157.0 IP) to go along with an 11-5 record and three shutouts in 22 games (21 starts) against San Francisco.

Off the field, Kershaw has established himself as a clubhouse leader and was honored in 2013 with the Roy Campanella Award as the “most inspirational Dodger,” while joining his wife, Ellen, in making an impact in the community through their charitable work in Los Angeles, their hometown of Dallas and in Africa. Clayton and Ellen hosted a charity event this past August, Ping Pong 4 Purpose, to raise money for their charity organization, Kershaw’s Challenge, which encourages people to make a difference by giving back to at-risk children and communities in need. The charity has provided assistance to a variety of organizations, including to its cornerstone charity, “Arise Africa,” which helped the Kershaws build and sustain an orphanage for children in Lusaka, Zambia, called “Arise Home,” along with Sharefest in Southern California and Mercy Street in Dallas. For his charity work, Kershaw was recognized by Major League Baseball with the 2012 Roberto Clemente Award as the baseball player who best represents the game through positive contributions on and off the field, including sportsmanship and community involvement. In addition, the Rotary Club of Denver recognized him in November with the 2013 Branch Rickey Award, which honors individuals in baseball who contribute unselfishly to their communities and who are strong role models for young people.

Kershaw was originally selected by the Dodgers in the first round (seventh overall) of the 2006 First-Year Player Draft out of Highland Park (Texas) High School.