This is terrible. It should never happen. It's just a game.

From the S.F. Gate {linked here} 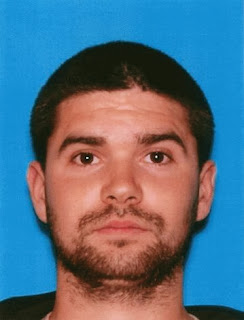 A man wearing Los Angeles Dodgers gear was stabbed to death in downtown San Francisco during a fight between two groups of men following the Giants-Dodgers game at nearby AT&T Park, police said Thursday.

Jonathan Denver, 24, who worked as a plumber's apprentice in Fort Bragg (Mendocino County), was stabbed near Third and Harrison streets about 11:30 p.m. Wednesday, less than 90 minutes after the game ended at the ballpark a few blocks to the south, police said.

Two men, ages 21 and 18, were arrested, police said Thursday. Their names were not immediately released.
Posted by Roberto Baly at 12:00 PM

This is awful news. My thoughts and prayers to the Denver family. How sad, go to the game with your Dad and brother and never make it home again because some dumb a** doesn't like the team you root for. If you say its payback for Brian Stow then you are just as stupid as the men who committed this heinous crime.

This is my first time i visit here. I found so many entertaining stuff in your blog, especially its discussion. From the tons of comments on your articles, I guess I am not the only one having all the leisure here! Keep up the good work. I have been meaning to write something like this on my website and you have given me an idea. Agen Bola Online