What's going on at Dodger Stadium for the three game series against the Boston Red Sox?

For the Dodgers’ series against Boston, Levy Restaurants will offer a special extreme loaded dog, the Boston Dog. The Boston Dog is an all-beef Dodger Dog covered in brown sugar baked beans with cubes of smoked pork belly and is available at extreme loaded dog concession stands throughout the stadium.

Fans are invited down to the field for Friday Night Fireworks presented by Denny’s immediately following the game. Friday’s fireworks show will be ‘90s themed and feature popular music from that decade. Auto and stadium gates open early at 5:10 p.m. 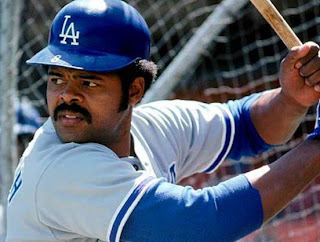 Former Dodger and Red Sox outfielder Reggie Smith will throw the ceremonial first pitch. Smith played for the Boston Red Sox (1966-73) and Dodgers (1976–81), appeared in four World Series, including during his rookie season (1967) for the Red Sox and three (1977, 1978 and 1981) with the Dodgers. Smith also served as a coach under Hall of Fame manager Tommy Lasorda and worked in player development as a minor league instructor.

Jamar Rogers, of “The Voice” season two, will sing the national anthem.

Tonight’s Veteran of the Game is U.S. Marine Corps Sergeant Joseph Galvan of La Puente. Galvan is trained as an F/A-18 Engine Mechanic and is responsible for inspecting and maintaining aircrafts and performing flight line operations duties. He has served four deployments including one to Iraq and is preparing for his next overseas deployment in September. Galvan serves with the Marine Fighter Attack Squadron VMFA (AW)- 225 based at Marine Corps Air Station Miramar. His accolades include the Iraq Campaign Medal, Global War on Terrorism Service Medal and two Marine Corps Good Conduct Medals. 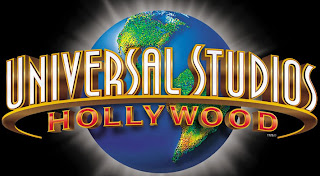 The first 15,000 fans will also receive a Universal Studios coupon for a free kids’ ticket with a purchase of an adult ticket.

Saturday’s Veteran of the Game is Aviation Boatswain Mate First Class Rina Avila of West Hollywood.  Avila is responsible for the safe launch and recovery of aircraft operations and training and supervising 34 sailors.  She serves onboard the USS Essex.  She has been deployed to Iraq, Afghanistan and Malaysia.  Her accolades include three Navy Achievement Medals.

Due to Sunday’s game time, Kids Run the Bases will not take place postgame.

Entertainment will include a performance by LoCura, a rumba, flamenco and ska group from San Francisco, whose musical message reflects the global mosaic of San Francisco. Los Rakas, a Panamanian duo from the Bay Area known as Raka Rich and Raka Dun, will also perform. Their musical styles include hip-hop, plena, reggae and dance hall with lyrics in Spanish and English.

At each Viva Los Dodgers, the Dodgers recognize outstanding leadership and service in the Latino and greater Los Angeles community with the “Heroe de la Comunidad” award. This Sunday’s recipient is Angelica Solis, Executive Director, Alliance for a Better Community (ABC).

As part of family-friendly entertainment at Dodger Stadium on Sundays, the Dodgers offer additional musical entertainment in the Reserve level plazas located on the first and third base sides. The right Reserve Plaza will feature live Blues rock covers by singer and keyboardist Tommy Johnson. The left Reserve Plaza will feature music from R&B and pop singer and songwriter Rayvon Owen.

Sunday’s Veteran of the Game is Petty Officer First Class Jonathan Magsanoc from Pangasinan, Philippines. He serves onboard the USS Essex and is responsible for supervising 15 Sailors in all of the ship’s logistic requirements.  He has been deployed to the Western Pacific and his accolades include the Navy Achievement Medal and the Navy Good Conduct Medal.

Limited tickets for games against the Red Sox can be purchased by visiting www.dodgers.com/tickets or by calling 866-DODGERS.