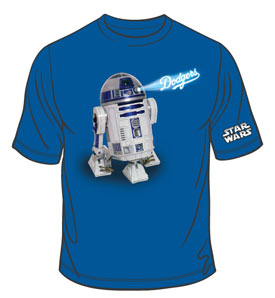 Fans are invited down to the field for Friday Night Fireworks presented by Denny’s immediately following the game. Friday’s fireworks show will be Star Wars themed. Radio Korea KMPC 1540 AM will broadcast the game.

The Dodgers’ group sales department has also organized Celiac and Gluten Free Night. A portion of each ticket sold on through this group sale will benefit the Center for Celiac Research, the official non-profit partner of Gluten Free Calendar. This night was designed to create awareness to support to parents, families and friends of kids on a gluten-free diet. One in 100 Americans has Celiac Disease but 95 percent of those who do are not aware. Gluten free food options are available for this night.

The Diocese of Los Angeles will have its annual Episcopal Night at Dodger Stadium. More than 25 church locations will be in attendance. Students Run LA-Park (SRLA), an organization whose mission is to challenge at-risk secondary students to experience the benefits of goal-setting, character development, adult mentoring and improved health by providing them with a truly life-changing experience, will also be on hand. SRLA Night at Dodger Stadium will mark the kickoff of SRLA’s 25th season.

Veteran of the Game is U.S. Army Sergeant Matthew Merkle of Westlake Village. Merkle is trained as a Combat Medic whose responsibilities include the emergency medical treatment and evacuation from the point of injury or illness. He has served at Fort Riley, Kansas and completed a one-year long deployment to Sadr City, Iraq. Upon his return, he reenlisted for three years, is currently stationed at Fort Belvoir, Virginia and is in charge of running the outpatient Oncology/Hematology Clinic at Fort Belvoir Community Hospital. Merkle’s accolades include three Army Achievement Medals, a Combat Action Medal and Combat Medic Badge. 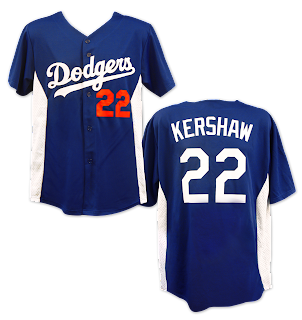 Sponge Bob will also be making an appearance at Dodger Stadium on Saturday to spread the word about the Sponge Bob Shellabration, which will be taking place at Universal Studios.  The first 15,000 kids will receive a coupon for a free kid’s admission to Universal Studios.  Sponge Bob and friends will be on hand for pregame ceremonies and will visit the kid zone areas of the stadium during the game.

Kelley Jakle, great granddaughter of Branch Rickey and of “Pitch Perfect” and “42” will sing the national anthem.

Saturday’s Veteran of the Game is U.S. Navy Lieutenant Junior Grade Donald Smillie of Detroit, MI. Smillie enlisted in 1942 following the attack on Pearl Harbor and was Navy pilot serving with the VPB28 Patrol Squadron known as the black Cats. Smillie’s plane, the Flak Shak, sank three enemy ships while patrolling the skies.  He served in the Philippines and the China Sea.  Following his military career he worked as a design engineer for McDonnell Douglas. Smillie’s accolades include the Flying Cross and a Navy Commendation Medal.

Sunday is Cuban Heritage Day at Dodger Stadium. (1:10 p.m. vs. SD). As part of this cultural celebration, Yasiel Puig and Paco Rodriguez will make a special appearance at Viva Los Dodgers presented by Chevrolet, State Farm and Time Warner Cable. Auto gates open early at 10:45 a.m. and fans are encouraged to arrive to lot 6 early. Both players are scheduled to attend at 11:00 a.m. Rodriguez will sign autographs for fans and Puig will be on stage to greet fans and partake in a Q&A session. Legendary Dodger scout and native Cuban Mike Brito will also be on hand. Player appearance time is subject to change. This marks Puig’s first Viva Los Dodgers appearance and Rodriguez’s second.

At each Viva Los Dodgers, the Dodgers recognize outstanding leadership and service in the Latino and greater Los Angeles community with the “Heroe de la Comunidad” award. This Sunday’s recipient is Dr. Tirso del Junco, a prominent diplomat, retired surgeon, community leader and native of Havana, Cuba. This Sunday’s award will be presented by Dodger Hall of Fame Spanish-language broadcaster Jaime Jarrín.

On Cuban Heritage Day, Levy Restaurants will offer a special extreme loaded dog, the Cuban Dog, an all-beef hot dog with carnitas, ham, Swiss cheese, pickles and yellow mustard and it will be available at extreme loaded dog concession stands throughout the stadium.

The national anthem will be performed by legendary Cuban musician Arturo Sandoval. Sandoval is a 9-time GRAMMY award winner and was recently awarded the Presidential Medal of Freedom by President Obama.

Limited tickets for Cuban Heritage Day on September 1 can be purchased at www.dodgers.com/cuba using the promotional code: 13CUBA. The planning committee behind this event includes Fernando Marquet, Zelde Malevitz, Berta Freire, Liliana De Cespedes, Rose Marin Trujillo and actor Steven Bauer. Bauer stars in Showtime’s “Ray Donovan,” the upcoming film “Chavez Cage of Glory” and is best known for his role as Manny in the 1983 film “Scarface.” All will be recognized on the field as part of pregame ceremonies. 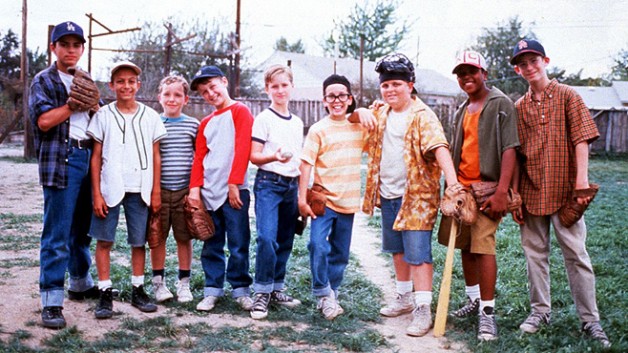 The first doubleheader—a Dodger game and a movie—was such a success, the Dodgers will treat their fans to a second baseball-themed movie Sunday.  Following the game, the Dodgers will screen the classic baseball film, “The Sandlot,” which is celebrating its 20th anniversary. “The Sandlot” actors will also throw a first pitch.

As part of the 20th anniversary celebration, Twentieth Century Fox Home Entertainment will be donating $25,000 to the Los Angeles Dodgers Foundation to refurbish its 29th Dodger Dreamfield in 2013. A check presentation will be a part of pregame ceremonies.

As part of family-friendly entertainment at Dodger Stadium on Sundays, the Dodgers offer additional musical entertainment in the Reserve level plazas located on the first and third base sides. The right Reserve Plaza will feature live music from classic rock cover band The Trip. The left Reserve Plaza will feature a performance by Mariachi Trovador with a special performance by Emilio Ortega Jr.

The Dodgers will host their first annual Adoptee Day to raise awareness about adoption and foster care. The event is presented by the Mixed Roots Foundation and a portion of each ticket sold will go to its community partners that provide much needed post-adoption resources for adoptees and their families.  Patti Strangler of Millionaire Matchmaker will be on hand to throw the first pitch for this event. Tickets can be purchased at www.dodgers.com/adopteeday using the promotional code: ADOPTEE.

Sunday’s Veteran of the Game is U.S. Marine Corps Sergeant Miguel Miranda of Glendora. Miranda, a Cuban-American, grew up in large musically-inclined Cuban family and participated in many Cuban cultural dance festivals and went on to travel with a professional salsa dance company. Miranda enlisted in 2005 and was trained in Motor Transport. His responsibilities included operating and maintaining tactical and military motor vehicles, transporting passengers and cargo in support of combat and garrison operations. Miranda has been deployed in support of Operation Iraqi Freedom and to Ghana, Africa assisting with humanitarian efforts. He helped support, train and prepare Marines for the deployments to Iraq and Afghanistan.  He was honorably discharged in 2012. Miranda’s accolades include a Iraq Campaign Medal, Combat Action Ribbon and a Navy Achievement Medal with Combat V denoting Valor.