What's going on at Dodger Stadium for the three game series against the New York Mets?

Dodger Spanish-language broadcaster Fernando Valenzuela will present the Heart & Hustle Award to Nick Punto. This esteemed award, from the Major League Baseball Players Alumni Association (MLBPAA), honors active players who demonstrate a passion for the game of baseball and best embody the values, spirit and tradition of the game. Punto also won this award with the Twins in 2010. 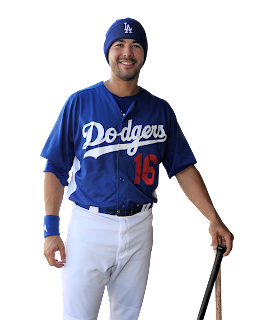 The first 40,000 fans in attendance will receive a Dodgers Knit Cap presented by Pizza Hut.  Radio Korea KMPC 1540 AM will broadcast Tuesday’s game. The national anthem will be performed by RaVaughn, signed to Ne-Yo’s Compound Entertainment and Columbia. Her newest song “Best Friend” from her forthcoming album Love Always was recently released.

Tuesday’s Veteran of the Game is U.S. Army Sergeant Stanley Ortman of Baldwin Park. Ortman has served in Florida and Washington and is currently assigned to the 759th Explosive Ordnance Disposal Unit based at Fort Irwin, CA. His responsibilities are to identify and devise a course of action to safely dispose of explosive ordnances. Ortman recently returned home from his second year -long deployment to Afghanistan. His accolades include the Army Commendation Medal with Valor, Afghan Campaign Medal with three Campaign Stars and Global War on Terrorism Medal.

It is Autism Awareness Night. The Dodgers join Autism Speaks in raising awareness for autism, a disorder that affects 1 in 88 American children. Autism Speaks aims to bring the autism community together as one strong voice to urge the government and private sector to listen to concerns and take action to address this global health crisis. The Dodgers will donate a portion of the proceeds from each ticket to Autism Speaks bought through www.dodgers.com/autismspeaks using the promotional code AUTISM. 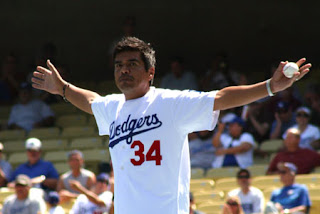 Friend of the Dodgers, actor and entertainer George Lopez will throw the ceremonial first pitch. Adrian Gonzalez will catch Lopez’s pitch. Lopez will perform at the Gibson Amphitheatre at Universal City Walk later this month.

Tickets for games Monday through Wednesday against the Mets can be purchased by visiting www.dodgers.com/tickets or by calling 866-DODGERS.