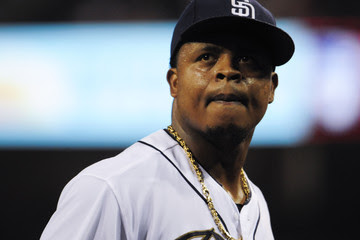 Volquez, who will wear uniform number 30, was originally signed by Texas as a non-drafted free agent on Oct. 29, 2001 and has twice been traded, going from Texas to Cincinnati following the 2007 season as part of the Josh Hamilton deal and then to San Diego after the 2011 season as part of a five-player deal.