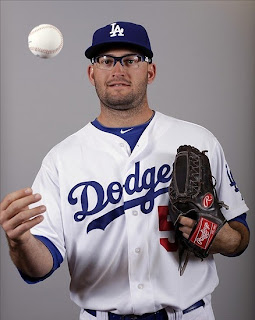 The Los Angeles Dodgers today reinstated pitcher Stephen Fife from the 15-day disabled list and the right-hander will make the start this afternoon against the Cubs in Chicago, his ninth of the season. Outfielder/first baseman Scott Van Slyke was optioned to Triple-A Albuquerque.

Fife is 3-3 with a 2.76 ERA (14 ER/45.2 IP) this season in eight starts for Los Angeles. The Idaho native made two rehab starts following a second stint on the disabled list with right shoulder bursitis that started on July 8, the same day the club activated Ricky Nolasco. In those outings for Triple-A Albuquerque, Fife was 0-1, despite allowing just two runs in 10.0 innings while striking out 13. Fife was placed on the DL with the same injury April 27-May 30.