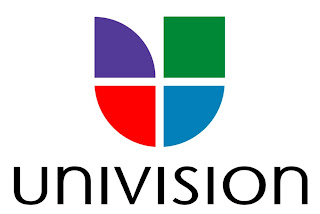 My dad saw this news last night and called me this morning about an exclusive story that Univision is reporting. A man in Cuba is suing Yasiel Puig for accusing him falsely to the Political Cuban Police. Puig is facing a $12 million lawsuit out of a Miami federal court.

Lawyer Avelino Gonzalez explains to Univision that they are suing Puig because Miguel Angel Corbacho Daudinot, his client, was accused in Cuba of human trafficking from Puig and because of that, he was sentenced to jail for 7 years.

Daudinot is a Dominican Republic resident.

This lawyer did a similar lawsuit last year against Aroldis Chapman of the Cincinnati Reds. That case is still ongoing.

Univision asked Puig and the Dodgers for a interview and they said "no comment".

My Cuban born father thinks Daudinot is most likely upset at Puig because of promises he might have gave him when he left.

Click here for the Univision story and video.
Posted by Roberto Baly at 8:00 AM

Can you explain to me how this guy can sue Yasiel Puig and Aroldis Chapman if he was convicted?

Seems a bit like a murderer suing a witness that saw him murdering.

Was he exonerated later or something? I don't get how this works.

Apparently this is a human rights civil case?

I worked on a case arising out of Mexico while I was clerking for a law firm in Arizona. All I can say is our ideas of justice and the judicial process do not exactly resonate down there. I can only imagine what crazy legal system is going on in Cuba.

But yes, you cannot sustain a claim for defamation if you are in fact guilty of the crime accused of. I was thinking the exact same thing as I read this Chad.

You should comment on the competition comparison of the blog. You can highlight it's mind boggling. Your blog exploration/tour will broaden your conversions. Judi Online

In advance of choosing any business a replica chanel uk shopper includes 100 % to check with problems for instance what amount time frame don't you have to have so that you can package indoors and open-air solutions? A a example of open-air solutions will be flip-up fixtures, flowers etcetera. will be a person's workforce absolutely taught? Should there be every impaired in that case who will be sensible to be charged? The firm will need to chanel replica continually give suitable the answers recommended to their prospects. Utilised together under no circumstances misguide. Subject material works quite a sizeable factor around marketing and advertising. Your sensible subject material system can be handy around not one but two tactics. Initially, them helps you offer a person's principles around the best ways attainable. Signs is actually a fake hermes stand by which you can arrive at to the niche. Captivating subject material can do delights for your personal marketing campaign. Secondly, a person's well-drafted subject material might activate a person's niche. For an marketer, it is very important that searchers never dior replica exclusively recognize a person's promotions, however try to remember these folks. In order that it might cause them to become interact. You may not go away a person's screaming style and design that they are executed going back moment in time. So that you can style and design plus impress an outside screaming, certain elements that you look at. It requires good considering plus normally requires time for them to louis vuitton replica style and design an efficient open-air screaming. Consider lots of elements like colorations, written text plus printer elements.