The July edition of Dodgers Magazine features a cover photo of Adrian Gonzalez and includes an article on the Dodger first baseman and his efforts to make a difference in young people’s lives. Features on Dodger phenom Yasiel Puig’s meteoric debut, the importance of the No. 2 hitter, Dodger reliever J.P. Howell, a look back at Old-Timers’ Game, a retrospective on the legendary Dodger Infield and how the Dodgers’ international efforts are already paying dividends on the big league level are also included. Fans can purchase a copy of Dodgers Magazine at merchandise stands throughout Dodger Stadium or they can order subscriptions at dodgers.com/magazine or by calling 877-258-3062. 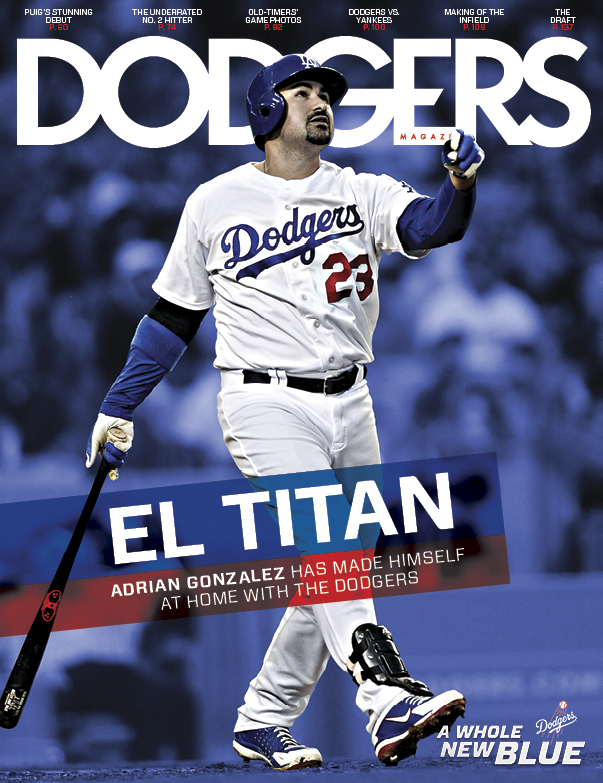