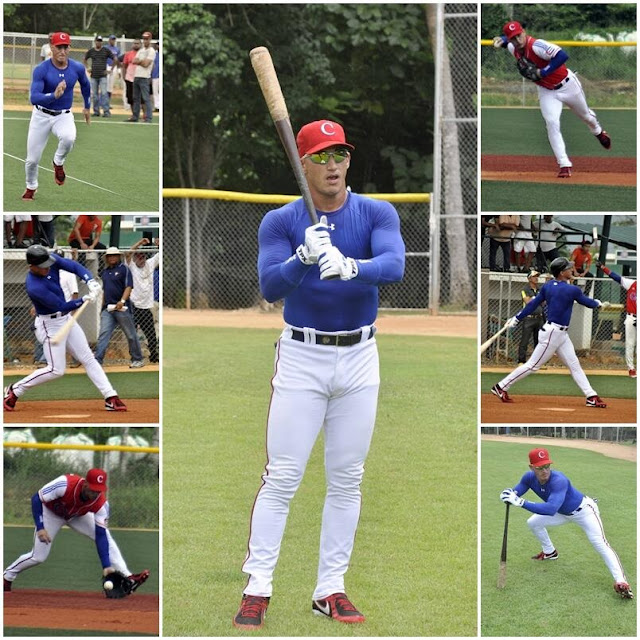 Alexander Guerrero hasn't signed with the Dodgers yet. Jesse Sanchez of MLB.com is reporting the following. {linked here}

Agent for Cuba SS Alexander Guerrero: “Nothing finalized. No agreement in hand with anyone. No truth to any of that.” Three teams in mix.

Guerrero is a free agent but has not been unblocked by OFAC. He can't come into an agreement until cleared. Showcase scheduled for Wed in DR

Oh, wow. Hasn't even been cleared from OFAC? This is going to take a while then.

I'll keep updating this post if anything else comes up.

Guerrero left Cuba last January and ended up in Haiti. From there he trained in the Dominican Republic while seeking a big MLB contract. He has a wife and two kids. No word yet if they are with him or in Cuba.

Guerrero decided to leave Cuba because he wasn't included in Team Cuba's World Baseball Classic roster. That upset him and ultimately decided to leave. This does not mean that Guerrero wasn't good enough to be in the roster. There are many reasons. Remember, Yasiel Puig also had problems with the National team. 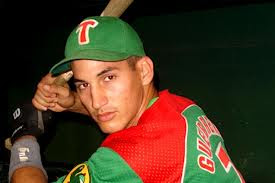 Big news out of the Dominican Republic. Several Dominican sports sources (nothing confirmed yet) are reporting that the Dodgers have signed Cuban Shortstop/2nd basemen Alexander Guerrero.

Guerrero is at the Campo Las Palmas (Dodgers Training facility in the Dominican Republic) Several news reports out of the D.R. are saying that it's a 7 year, $32 million contract.

Guerrero is 26 years old. The Dodgers plan on sending him to Double-A or Triple-A and start him at 2nd base. I'm assuming the Dodgers think Guerrero will replace Mark Ellis at 2nd base next year.

Here's a video of Guerrero that his agent provided.

I'll update this post if the Dodgers or any American site confirms this report.