The cover of the eighth edition of Dodgers Playbill features rookie sensation Yasiel Puig, who has made an incredible splash on the national stage in his short time in the big leagues. Features on Puig, the movie “42,” a look back at Steve Garvey being named the MVP of the 1978 All-Star Game and a rundown of the seven All-Stars from the Dodgers’ Double-A partner Chattanooga Lookouts are also included. Information on upcoming promotions and ticket deals are also included. Fans receive the playbill at Dodger Stadium parking gates and Fan Services stations around the stadium. 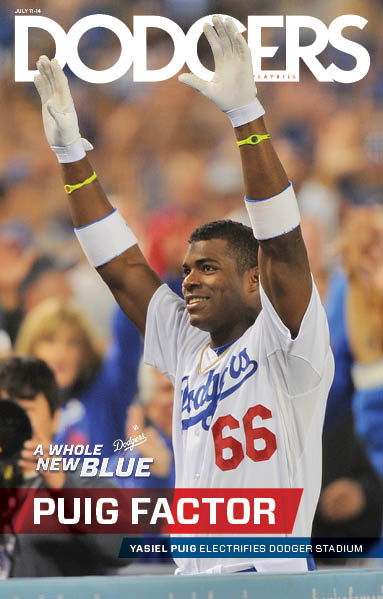 Like a lot when yu call him WILD HORSE....