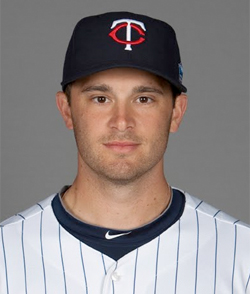 The Los Angeles Dodgers today acquired catcher Drew Butera from the Minnesota Twins in exchange for a player to be named later or cash considerations and optioned him to Triple-A Albuquerque.

The 6-foot-1, 200-pounder appeared in two games with the Twins during a brief call-up from July 24-28, but has spent the majority of the 2013 campaign with Triple-A Rochester, batting .229 with two homers and 10 RBI in 26 games with the Red Wings.

The Dodgers now have 40 players on their 40-man roster.
Posted by Roberto Baly at 1:54 PM