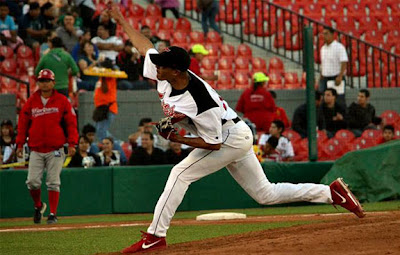 The 26-year-old right-hander is with the Tijuana Toros as a showcase before signing with a major-league team. One scout who was there said that the Cubs were heavily represented. The Dodgers, Red Sox and Angels were also among the many teams who watched Gonzalez.

The estimates of how much it will take to sign Gonzalez vary greatly, with some scouts suggesting Friday it could take $40 million over four years. Others have said Gonzalez could get $60 million over five years, or even more.

Gonzalez pitched for the second time in Tijuana last Friday. Gonzalez allowed one run on five hits (three doubles) and no walks, while striking out five in three innings. There were approximately 45 major league scouts in attendance.

I am truly inspired by this online journal! Extremely clear clarification of issues is given and it is open to every living soul. I have perused your post, truly you have given this extraordinary informative data about it. Bandar Bola