What's going on at Dodger Stadium for the four game series against the Philadelphia Phillies?

For the series against Philadelphia, Levy Restaurants is offering a special extreme loaded dog, the Philly Dog, an all-beef hot dog combined with a Philly cheese steak. Extreme loaded dogs concession stands are located on the Loge and Reserve level.

Sandy Koufax bobblehead night presented by Mitchell & Ness. The first 50,000 fans in attendance will receive a Koufax bobblehead. It is also the 14th annual Jewish Community Night at Dodger Stadium.

Los Angeles native Elliott Yamin, “American Idol” season five contestant, will sing the national anthem. Kosher food carts will be located on the Reserve level, third base side. Discounted tickets for Jewish Community Night can be purchased by visiting www.dodgers.com/jewish.

The Veteran of the Game tomorrow is U.S. Army Chief Warrant Officer 4 (CW4) Don Wahab of Miami. Wahab has been deployed 5 times in support of various campaigns in Iraq.  In his current role, he is highly trained to teach air warfare tactics and communications to all branches of service preparing them for their role in support of the global war on terror. Wahab’s accolades include the Presidential Unit Commendation, Army Commendation Medal with 1 silver oak leaf cluster and 4 oak leaf cluster and the Meritorious Service Medal.

It is also Mormon Night at Dodger Stadium. Jeffrey R. Holland, a member of the Quorum of the Twelve Apostles will throw the ceremonial first pitch. The King Girls will sing the National Anthem. More than 5,000 will be in attendance for this group night and tickets are still available by calling (323) 224-1421.

Friday’s Veteran of the Game is U.S. Army Sergeant Luis Anchondo of Mission Hills. Anchondo compelted airborne, paratrooper training and Ranger indoctrination at Fort Benning, Georgia. He was assigned to the 2/75th Ranger Regiment stationed at Fort Lewis, WA. Anchondo’s first deployment to Iraq began in 2005 and he was deployed every 6 months for 3 to 4 months durations during his service. He was awarded the Purple Heart for injuries he sustained to his face and neck during an IED blast.  His other accolades include a Combat Action Medal, Global War on Terrorism, National Defense Medal and an Army Commendation Medal.  He now serves our city as a member of the Los Angeles Police Department.

The first 40,000 fans in attendance will receive Dodger Earbuds presented by T-Mobile. Adrian Gonzalez and Yasiel Puig starred in their first Dodger commercial together with the Dodger Earbuds:

Kemp’s Kids will take place Saturday. Kemp’s Kids was established by and is fully sponsored by Matt Kemp to provide underprivileged and inner-city youth with opportunities to visit and experience Dodger Stadium. Kemp’s Kids is also dedicated to elevating and increasing the relevance of Major League Baseball and participation of youth baseball among inner-city youth in the greater Los Angeles area. At 4:00 p.m., 22 youth baseball players ages 9 to 12 from the Boys & Girls Club of Venice will visit with Kemp. Each youngster receives a Kemp’s Kids T-Shirt, a gift bag that includes a Nike backpack, Power Balance bands, Nike batting gloves and Big League Chew, a Loge Level game ticket and $25 in Dodger dollars to purchase food and beverages. Kemp’s Kids will be on hand for batting practice and will get to meet Matt Kemp and pose for photos and get autographs from the Dodger center fielder.

The national anthem on Saturday will be performed by Melanie Amaro, winner of the first season of FOX’s “X Factor.”

Saturday’s Veteran of the Game is U.S. Army Lieutenant Colonel Frederick Snyder of Woodbury, NJ. Snyder has been assigned to Ft. Knox, KY, Ft. Riley, KS and the Pentagon and has been deployed twice to Iraq.  He currently serves as a Squad Commander with the 1st Squadron, 11th Armored Cavalry Regiment at the National Training Center, Ft. Irwin, CA. His accolades include a Meritorious Service Medal with 2 oak leafs, Army Achievement Medal with one oak leaf and a Bronze Star with one oak leaf. 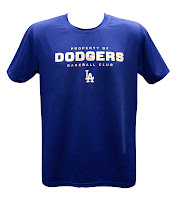 The first 15,000 ticketed kids 14 and under in attendance will receive a Kids’ Performance shirt presented by Coca-Cola. 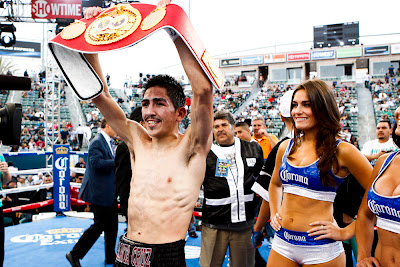 Former IBF bantamweight world champ Leo Santa Cruz will sign autographs from 11:10 a.m. to 12:10 p.m. Santa Cruz, a bilingual Los Angeles native by way of Mexico defended the title three times with two knockouts and a commanding unanimous decision. After whipping up the bantamweight division, the undefeated Santa Cruz relinquished his title to move up to 122 pounds and crushed Alexander Munoz via fifth round knockout on May 4.  With the win, Santa Cruz established himself as the mandatory challenger to WBC junior featherweight champion Victor Terrazas and is scheduled to face the champ in the coming months.

At each Viva Los Dodgers, the Dodgers recognize outstanding leadership and service in the Latino and greater Los Angeles community with the “Heroe de la Comunidad” award. This Sunday’s recipient is Alicia Ayala, President of the Parent Committee and Community Parent Lead for Our Neighborhood Homework House.

As part of family-friendly entertainment at Dodger Stadium on Sundays, the Dodgers offer additional musical entertainment in the Reserve level plazas located on the first and third base sides. The right Reserve Plaza will feature live music from the The Bolts, an independent modern rock band from Irvine with ongoing residencies at The Roxy and Disneyland's Tomorrowland Terrace. The left Reserve Plaza will feature a musical performance by pianist and composer David Sides.

It is also Girl Scout’s Day. The Girl Scouts of greater Los Angeles will partake in a pregame parade and each girl will receive a special commemorative patch. More information on this event can be found by visiting www.dodgers.com/girlscouts.

The Veteran of the Game is U.S Army Captain Atip Viskul of Whittier. Viskul’s deployments include Thailand, Australia, Saudi Arabia and Iraq in support of Operation Iraqi Freedom. He is a graduate of the Army’s Ranger, Airborne and Air Assault courses and currently is assigned to the National Guard’s HHC 1-160TH Infantry serving as their Company Commander in Inglewood, CA.  His accolades include a Meritorious Service Medal, Humanitarian Service Medal and the Global War on Terrorism Medal.

Tickets for games Thursday through Sunday against Philadelphia can be purchased by visiting www.dodgers.com/tickets or by calling 866-DODGERS.
Posted by Roberto Baly at 12:00 PM