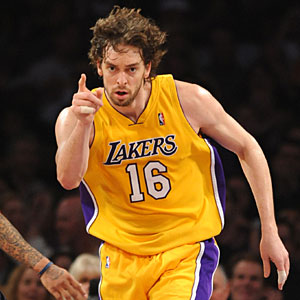 WBC Silver Welterweight Champion Josesito Lopez, “The Riverside Rocky,” will throw an honorary first pitch. Lopez returns to the ring Saturday, June 8 against knockout artist Marcos Maidana in the main event of a SHOWTIME CHAMPIONSHIP BOXING triple-header from The Home Depot Center in Carson at 7:00 p.m. PT live on SHOWTIME.

The Dodgers will hold their first annual Sports Networking Fair on Monday from 5:10 p.m. to 7:10 p.m. at the Loge Terrace. Attendees can learn about internships, full-time and part-time positions with some of Southern California’s elite sports organizations, including the LA Galaxy, San Diego Padres and Los Angeles Angels of Anaheim, among many others in attendance. Tickets for the event are limited, include a preferred Loge Box ticket to the game and are available for $18 at www.dodgers.com/network. Fans must purchase a ticket via this link to attend the event.

Prior to the game and at 5:30 p.m., Children’s Hospital Los Angeles, in partnership with Dodgers, will have a ribbon cutting ceremony at the third base side Reserve level Kid Zone to mark the opening of the new Play Zone presented by Children’s Hospital Los Angeles. The play zone is one of the many new enhancements made to Dodger Stadium during the offseason and offers fans an in-stadium area in which their children can play during games. The Play Zone features life size bobbleheads and a scoreboard.

Session one of the Dodgers Youth Baseball Camp presented by Children’s Hospital will be from June 25-28. Session two will be from August 12-14. Parents interested in signing their kids up for camp can visit www.dodgers.com/camp.

Monday’s Veteran of the Game is U.S. Marine Sergeant Aaron Santa Cruz of Gardena. Cruz’s accolades include a Combat Action Medal and Meritorious Mast. Cruz has served several multiple deployments in Afghanistan and Iraq and is now a Marine Corps Reservist pursuing a career as a firefighter. 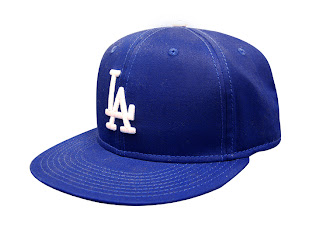 On Tuesday, the Dodgers face the Padres at 7:10 p.m. and Ted Lilly is the Dodgers’ starting pitcher. It is LA Cap presented by Bank of America giveaway night. The first 40,000 fans in attendance will receive the LA Cap.

Tuesday’s Veteran of the Game is U.S. Marine Sergeant Garrett Marsh of Pratt, Kansas. Marsh is the recipient of several honors including two Purple Hearts, a Combat Action Medal and a Global War on Terrorism and the Presidential Citation. Marsh has served as both an Infantry Machine Gunner and a Squad leader in four combat deployments to Iraq.

Actor Jon Cho, a native of Los Angeles, will throw the ceremonial first pitch. Cho is best known for his role as Harold Lee in the “Harold and Kumar” films and can currently be seen as Hikaru Sulu in “Star Trek Into Darkness.”

Tickets for games Monday through Wednesday against San Diego can be purchased by visiting www.dodgers.com/tickets or by calling 866-DODGERS.
Posted by Roberto Baly at 1:00 PM