Groups of 20 or more can enjoy additional benefits including a personalized scoreboard message, customized ticket greeting and preferred seating options. To purchase tickets, fans can visit www.dodgers.com/Filipino (Promo:13FILIPINO) or call (323) 224-1304.

Edsel Sotiangco will sing the national anthem on Filipino Heritage night. Sotiangco, a 15 year-old known as the “Golden Boy with a Golden Voice,” is signed to the Young Money Record Label. He has previously performed for boxing superstar Manny Pacquiao.

Monday, as part of the Dodgers’ partnership with Lexus, Lexus drivers will be offered complimentary preferred parking as they enter the parking gates at the stadium.

In honor of Filipino Heritage Night, Monday’s Veteran of the Game is U.S. Coast Guard Chief Petty Officer James Morgia from Pearl City, HI, who is of Filipino Heritage. Morgia has served on Coast Guard Cutters in Hawaii and the South Pacific, Alaska, Oregon and San Francisco and is currently assigned to the Los Angeles Long Beach Coast Guard base in San Pedro. Morgia’s accolades include the Coast Guard Achievement Medal and Good Conduct Medals. 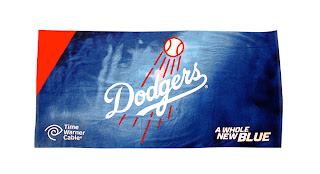 Tuesday is Beach Towel night presented by Time Warner Cable. The Dodgers face the Giants at 7:10 p.m. and the first 40,000 fans in attendance will receive a beach towel.

Bay Area Dodger fan Casey Johnstone whose 5th grade graduation speech has garnered national media attention will throw out the ceremonial first pitch. Casey was asked to give a speech at his Bay Area elementary school about a favorite memory from school and chose to talk about being the only Dodger fan at school while all the kids celebrated the Giants' World Series win. The Dodgers will show Casey’s memorable speech in-game.

The Veteran of the Game is U.S. Marine Corps Sergeant Mike Dowling of Berkeley. Dowling served as a Military Police Officer collaborating with the Secret Service to provide security in support of the President. He was selected to become a member of the elite Working Dog Military program. He and his working dog Rex were the first Marine Corps Dog Team deployed to the front lines of combat since the Vietnam War. Dowling wrote a book about his experiences, “Sergeant Rex: The Unbreakable Bond Between A Marine and his Working Dog.”  He received the Combat Action Medal and Iraq Campaign Medal and dedicates his time to helping wounded veterans. 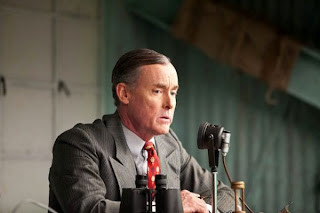 Wednesday, the Dodgers’ series against the Giants concludes with at 7:10 p.m. contest. Actor John C. McGinley who played Red Barber in “42” will throw an honorary first pitch. Timothy Olyphant, star of “Deadwood” and an actor known from many television roles, will throw the ceremonial first pitch.

The Veteran of the Game is U.S. Army Sergeant Gabriel Ramos of Whittier. Ramos is trained as a member of the Military Police Corp responsible for protecting the lives and property of Army installations. He is currently on his third deployment in Seoul, South Korea and home for one week of leave. Ramos was deployed for 15 months to Al Ambar Province, Iraq where he trained Iraqi Police and for one year in Kandahar City where he conducted patrols with Afghan Police. His accolades include the Combat Action, Global War on Terrorism, National Defense and Army Commendation Medals.

Tickets for games Monday through Wednesday against San Francisco can be purchased by visiting www.dodgers.com/tickets or by calling 866-DODGERS.