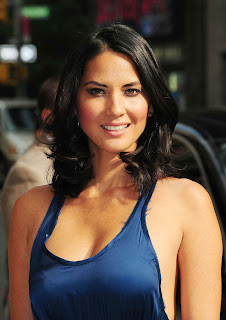 Olivia Munn, actress, comedian and star on FOX’s “New Girl” and HBO’s “The Newsroom” will throw the ceremonial first pitch.

Tonight's Veteran of the Game is U.S. Army Specialist  Eduardo Gomez Sanchez of La Puente. Gomez Sanchez is assigned to the 582nd Medical Logistics Company stationed at Fort Hood, TX  and provides support to the hospital or forward operating base. He returned home in April from a 9-month deployment to Afghanistan where he served at Bagram Airfield. Gomez Sanchez accolades include the Global War on Terrorism Service Medal and the Army Commendation Medal. 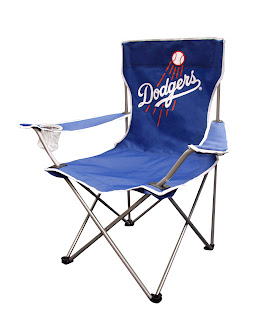 Tuesday night, the Dodgers take on the Diamondbacks at 7:10 p.m. and the first 50,000 fans in attendance will receive a beach chair presented by Farmer John. Singer and stage actor Davis Gaines who has performed as the Phantom in the Andrew Lloyd Webber musical “The Phantom of the Opera” more than 2000 times, will sing the national anthem.

This season’s “American Idol” winner Candace Glover, who is the first female winner of the show since Jordin Sparks won in 2007, will throw the ceremonial first pitch.

Tuesday’s Veteran of the Game is U.S. Army National Guard Specialist Christopher Mulrooney of Sedro-Woolley, WA. Mulrooney has served with 1404 Transportation Company where he was deployed for a year to Iraq in support of Operation Iraqi Freedom.  He has also assisted with humanitarian efforts in New Orleans following Hurricane Katrina and with Operation Jump Start in coordination with the US Border Patrol. Mulrooney’s accolades include a Combat Action Medal, Iraq Campaign medal with two star device and the Global War on Terrorism Service Medal.

Wednesday’s Veteran of the Game is U.S. Marine Corps Sergeant Jason Ciaccio of Orange. Ciaccio is trained as an Intelligence Specialist and a hand-to-hand combat instructor with the 1st Intel Battalion and 1st Marine Division. He has served at Camp Pendleton, Kuwait and was part of the invading forces into Iraq in support of Operation Iraqi Freedom. Ciaccio’s accolades include a Global War on Terrorism Service Medal and both the Navy and Marine Corps Achievement Medals.