What's going on at Dodger Stadium for the four game series against the Atlanta Braves?

It's Don Sutton bobblehead night presented by Carls. Jr and the first 50,000 fans in attendance will receive a bobblehead in the likeness of the legendary Dodger Hall of Famer.

Fans are invited down to the field for Friday Night Fireworks presented by Denny’s immediately following the game. Los Angeles native and recording artist Zak Waters will sing the national anthem. His work includes vocals on Madeon’s “The City.”

Friday’s Veteran of the Game is U.S. Navy Hospital Corpsman 3rd Class Bryan Artiles of Burbank. Artiles is a specialist in treating combat traumas and is currently assigned to the 1st Battalion 1st Marines based out of Camp Pendleton and recently returned home from a deployment in Afghanistan. Artiles’ accolades include the Global War on Terrorism Service Medal, NATO Medal and Afghan Campaign Medal. 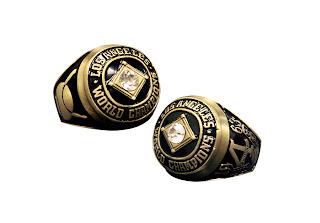 The Dodgers’ Old-Timers’ Game will be brought back to the fans on Saturday! The contest will feature former greats from both the Dodgers and Yankees squaring off in an exhibition prior to the game against Atlanta. Admission to the Old-Timers' Game is free with a ticket to the 7:10 contest. Players currently scheduled to appear include Ron Cey, Rickey Henderson, Davey Lopes, Darryl Strawberry, Steve Yeager and Fernando Valenzuela. Valenzuela was also named the starting pitcher for the Dodgers. Dwight Gooden was named the starter for the Yankees. The first 40,000 fans in attendance June 8 will receive a 1963 World Series Replica Ring.

Former Brooklyn Dodger Ralph Mauriello, a native of Brooklyn who signed with the Brooklyn Dodgers in 1952, will sing the national anthem. Mauriello played in the Dodger organization for eight years and made his Major league debut in 1958.

Saturday’s Veteran of the Game is U.S. Marine Corporal Patrick Marshall of Anaheim. Marshall is assigned to the Weapons Company First Battalion, Seventh Marines based at 29 Palms, CA and is responsible for ensuring Marines are ready for deployment. Marshall has served in multiple deployments in the Pacific Rim and Afghanistan.

The Dodgers close out the series against the Braves on Sunday at 1:10 p.m. The first 15,000 ticketed fans 14 and under in attendance will receive a Kids’ compression sleeve presented by Wetzel’s Pretzels. The first 20,000 fans will also receive a Universal Studios coupon for a free kids’ ticket with a purchase of an adult ticket.

At each Viva Los Dodgers, the Dodgers recognize outstanding leadership and service in the Latino and greater Los Angeles community with the “Heroe de la Comunidad” award. This Sunday’s recipient is Danny Oaxaca, Executive Director of the San Gabriel Valley Conservation Corps.

Comedy video website Funny or Die will be at Dodger Stadium on Sunday. Founded by Will Ferrell and Adam McKay's production company, Gary Sanchez Productions, Funny or Die will take over @MLB and @Dodgers. @FunnyorDie has more than 6.2 million followers.

As part of family-friendly entertainment at Dodger Stadium on Sundays, the Dodgers offer additional musical entertainment in the Reserve level plazas located on the first and third base sides. The right Reserve Plaza will feature live music from the 45s, who perform a wide range of hit music from the 1950s to the 2000s. The left Reserve Plaza will feature a musical set played by DJ Lady Sha. She was the first female to win the annual Winter Music Conference DJ Spin-off in WMC history (Miami 2008).

Sunday’s Veteran of the Game is U.S. Navy Commander Alan Pietruszewski of Buffalo, NY. Pietruszewski has been assigned to VF-124 as a flight instructor and was deployed onboard the USS Ranger in support of Operation Southern Watch over Southern Iraq and Operation Restore Hope in Somalia. Pietruszewski’s accolades include the Meritorious Service Medal, the Strike/Flight Air Medal and the Navy Commendation Medal.

Tickets for games against Atlanta can be purchased by visiting www.dodgers.com/tickets or by calling 866-DODGERS.
Posted by Roberto Baly at 11:30 AM