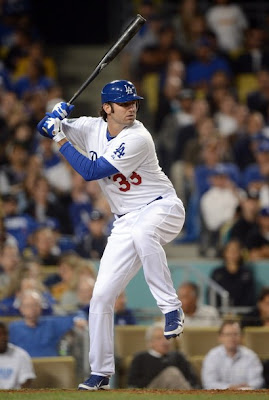 The Los Angeles Dodgers today reinstated outfielder/first baseman Scott Van Slyke from the 15-day disabled list and designated infielder Luis Cruz for assignment. Van Slyke had been on the disabled list since June 11 with left shoulder bursitis and made five combined rehab starts with Triple-A Albuquerque and Single-A Rancho Cucamonga, batting .263 (5-for-19) with two doubles and four runs scored. The 26-year-old has appeared in 24 games with the Dodgers this season and posted a .221 batting average with five doubles, six homers and 11 RBI.