Matt Kemp is back! 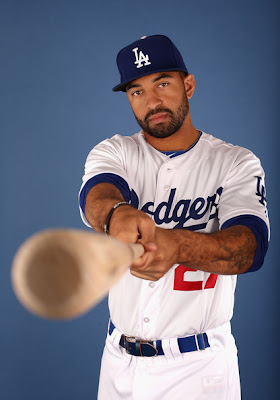 The Los Angeles Dodgers today reinstated outfielder Matt Kemp from the 15-day disabled list and optioned infielder/outfielder Elian Herrera to Triple-A Albuquerque. The 28-year-old made three rehab starts (two in center field, one as DH) for Triple-A Albuquerque, going 2-for-11 with two doubles and missed 24 games since being placed on the disabled list with a mild right hamstring strain on May 30. On the season, Kemp is batting .251 with two home runs, 17 RBI and seven stolen bases in 51 games.

Herrera has gone 2-for-7 in three games in two separate stints with the Dodgers this season.