Justin Sellers is back.... 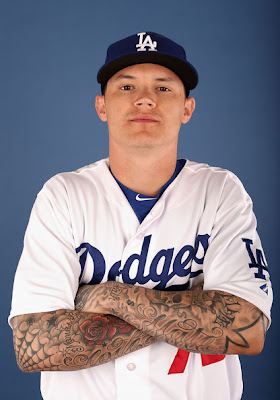 The Los Angeles Dodgers today recalled infielder Justin Sellers from Triple-A Albuquerque after the club optioned right-hander Matt Magill to Albuquerque following yesterday’s game. Sellers made the Opening Day roster and batted .191 with a homer and two RBI in 26 games with the Dodgers before being optioned on May 8. With the Isotopes, the 27-year-old batted .337 with a homer and 17 RBI in 24 games, including a .321 mark (9-for-28) with runners in scoring position.

Magill made a spot start for Los Angeles yesterday against Atlanta and took the loss in the Dodgers’ 8-1 defeat, falling to 0-2 with a 6.51 ERA in six big league starts this season.