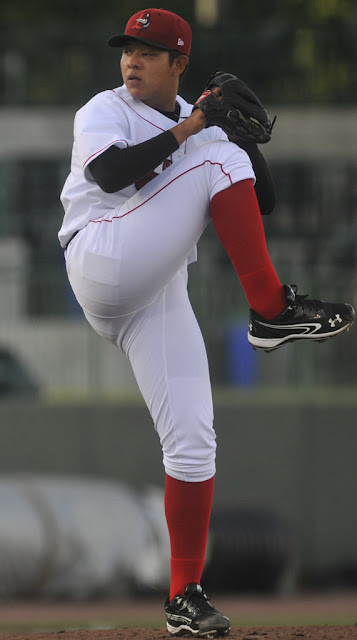 Remember 16-year-old pitcher Julio Urias? If not, click here and then come back. The Dodgers signed him last year out of Mexico. Many have compared him to Fernando Valenzuela.

Last Sunday I read an ESPN Deportes article by Salvador Rodriguez on Urias. {linked here} I mentioned it to my followers on Twitter {@rbaly79} and most were surprised by the comments made by Dodgers scout Mike Brito.

Article is in Spanish. Here are some highlights -

Mike Brito "If by 2015, Julio Urias is in the big league camp, there will be no other choice but add him in the Opening Day roster".

Julio Urias "I've worked hard since I was a child, since I was 5 with my dad. I owe him everything. This is a dream".

Julio Urias is not worried about his tumor in his left eye. Is being checked once a month.

Now comes word that Urias will be signing a contract with the Scott Boras company.

Julio Urias to sign a contract with super agent Scott Boras to represent him.