What's going on at Dodger Stadium for three game series against the Arizona Diamonbacks?


Tiffany Hwang, a Los Angeles native and member of Korean girl group Girls’ Generation, will throw the ceremonial first pitch and meet Dodger pitcher Hyun-Jin Ryu. Girls’ Generation is the #1 K-pop group in Asia and has played sold out concerts at Staples Center and Madison Square Garden.  The music video of their latest single, “I Got A Boy,” has more than 55 million views and was ranked #1 on Billboard’s World Album chart. Hwang will join Girls’ Generation this summer for a world tour. The national anthem will be performed by Danny Wirick, a sophomore at USC’s Thornton School of Music.

Monday’s Veteran of the Game is U.S. Marine Corps Sergeant Coy Reyes who was born in Amman , Jordan and grew up in Guam. He served as an infantryman with the 3rd Battalion 5th Marines as a squad leader providing Iraq with counter-terrorism and peace-keeping support and was deployed on three combat tours to Iraq between 2003 and 2006. Reyes’ accolades include the Purple Heart and the Global War on Terrorism and Navy and Marine Corps Commendation Medals. 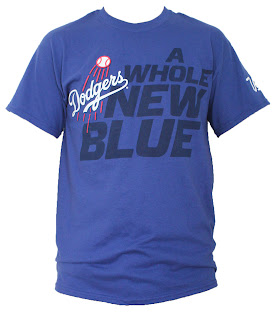 On Tuesday, the Dodgers face the Diamondbacks at 7:10 p.m. The first 40,000 fans in attendance will receive a Dodger T-Shirt presented by Las Vegas.

Tuesday’s Veteran of the Game is U.S. Army Captain Megan O’Connor from Galesburg, Illinois. O’Connor enlisted in the Army in 1996 to become a medic and went on to Officer Candidate School where she became a Medical Service Corps Officer serving in both Iraq and Afghanistan as a Medical Operations and Plans Officer.  She currently serves in the Reserves. Among her accolades are the Army Commendation Medal, Global War on Terrorism Medal and a National Defense Service Medal.

Wednesday’s Veteran of the Game is U.S. Navy Petty Officer 2nd Class Rene Landeros of El Monte. Landeros enlisted in the Navy in 2006. He serves as a Damage Controlman with duties that include working with the Military Funeral Honors Details at Naval Air Station Lemoore.  He has served onboard the USS Ronald Reagan in support of Operation Enduring Freedom and in Japan during Operation Tomodachi. His accolades include the Navy and Marine Corps Commendation Medals, National Defense Medal and Humanitarian Medal.

Tickets for games Monday through Wednesday against Arizona can be purchased by visiting www.dodgers.com/tickets or by calling 866-DODGERS.