What's going on at Dodger Stadium for the two game series against the Anaheim Angels?

It is Military Appreciation Night and the first 15,000 ticketed kids 14 and under in attendance will receive a Kids’ Clayton Kershaw Fathead presented by Northrop Grumman.

The Dodgers and Metrolink have partnered on the Rail Series which will provide special round-trip service between Oceanside and Los Angeles (Union Station) on May 27 and 28 for fans traveling to Dodger Stadium for the two-game series against the Angels. Special events include an appearance in Fullerton on Monday by Dodger Hall of Famer Tommy Lasorda who is scheduled to be at the station beginning at 2 p.m. and will ride the train from Fullerton to Union Station. Festivities will begin at 2:00 p.m. with an appearance by Dodger alumni Kenny Landreaux and Jay Johnstone at the Fullerton and Irvine Metrolink stations, respectively. Johnstone will also board the train heading to Los Angeles

In honor of Memorial Day, the Dodgers will join all 30 clubs in wearing specially designed caps and jerseys featuring an authentic military digital camouflage design licensed from the United States Marine Corps. The caps are on sale in merchandise stores at Dodger Stadium and both are available online at www.MLB.com.


American hero Dr. Buzz Aldrin will throw the ceremonial first pitch. Aldrin secured his place in history as one of the first men along with Neil Armstrong to set foot on the moon during the Apollo 11 mission on July 20, 1969. A graduate of West Point and a MIT doctorate, Aldrin was also a fighter pilot in the Korean War with 66 combat missions. As a military veteran he is passionate helping veterans.  His book “Mission to Mars” will be on sale at the Top of the Park store located on the Top Deck today. He will be signing copies of his book until the end of the third inning tomorrow.

The Dodgers will also join MLB in conducting a moment of silence prior to the game on Memorial Day to honor members of the military who lost their lives serving our country. The Memorial Day effort is part of MLB’s ongoing recognition of veterans, active military and military families.

MLB has committed $23 million to Welcome Back Veterans (welcomebackveterans.org) since its inception in 2008. MLB will donate 100% of its net proceeds from sales of the caps and jerseys to Welcome Back Veterans as part of its contribution to the program. Welcome Back Veterans, an initiative of Major League Baseball Charities and the Robert R. McCormick Foundation, provides grants to university hospitals throughout the country that provide post-traumatic stress disorder (PTSD) and traumatic brain injury (TBI) treatment to veterans and their families in a public/private partnership.

Currently, Welcome Back Veterans is funding programs at Weill Cornell in New York City, The University of Michigan, Rush University Medical Center, Duke University, Emory University, UCLA and the Boston Red Sox’ Home Base Program at Mass General Hospital in Boston. These institutions are developing new programs and strategies to improve the quality, quantity and access to PTSD and TBI treatment for veterans, particularly those returning from duty in Iraq and Afghanistan.

A special message from General Martin Dempsey Chairman of the Joint Chiefs of Staff coming from Bagram Airfield in Afghanistan will begin pregame ceremonies. The Dodgers will welcome 50 members of the Wounded Warriors who will enter through center field. Founded in 2003, the Wounded Warrior project’s mission is to honor and empower wounded warriors and raise awareness and enlist the public’s aid for the needs of injured service members.

As part of MLB’s Tribute for Heroes initiative in which veterans have been nominated to represent all 30 clubs at this year’s All-star Game at Citifield on July 16, a Dodger player will participate in an on field presentation of a flag that will be framed and presented to the Dodgers’ Tribute for Heroes representative in New York. Starting June 9, fans can vote for the Dodgers’ hero representative by visiting www.tributeforheroes.com.

Uniformed members of each branch of the military will unfurl a giant flag along with USO Captains in center field.

Pros vs. GI Joe is a charitable organization started by retired military members Greg and Addie Zinone that provides scholarships to wounded warriors.  Their mission is to connect troops serving all over the world with professional athletes and celebrities in online and in-person game competitions. One of Pros vs. GI Joe’s initiative is called “Salute the Troops.” Fans will be asked to join the Dodgers and Pros vs. GI Joe in an all-stadium salute to troops that will be coordinated with a live feed with Kandahar, Afghanistan.

Alejandra, Alejandro and Lanny Thompson, family of fallen Army Lieutenant Alejo R. Thompson, will officially start the game with “It’s Time for Dodger Baseball1” Lieutenant Thompson was killed in the line of duty on May 11, 2012.

In recognition for the sacrifice they make, several active troops will join Dodger starters as they take the field.

Last but certainly not least, Hall of Fame Manager Tommy Lasorda will lead Dodger fans in “Take Me Out to the Ballgame!” Lasorda served two years in the U.S. Army (1946-47) as he was drafted in the last draft of World War II.

Monday’s Veteran of the Game is U.S. Army Master Sergeant Bobby Farmer of Bluefield, West Virginia. Farmer enlisted in 1992, took Special Forces training and was assigned to the 3rd Special Forces Group. Farmer was an engineer with Operational Detachment Alpha 391. He has served in Kosovo, Africa, Iraq and Afghanistan on several deployments. He is currently undergoing treatment for injuries he sustained from an improvised explosive device. His accolades include the Bronze Star for Valor, the Army Commendation for Valor and the Purple Heart. 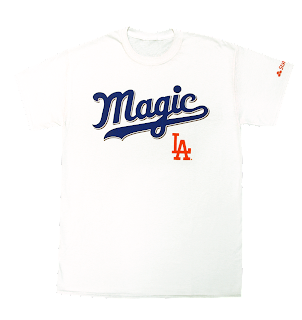 Tuesday’s Veteran of the Game is U.S. Air Force Staff Sergeant Nathan Ortiz from Tulare, California. Staff Sergeant Ortiz enlisted in 2003 and has served as a Law Enforcement Agent, Squad Leader and Close Protection Officer with deployments in Iceland, The United Arab Emirates and numerous locations in Iraq and Afghanistan. Staff Sergeant Ortiz is currently assigned to the NATO International Military Police in Germany. Ortiz has collected many honors including being selected as Airman of the Year for the 85th Security Forces, Global War on Terrorism as well as being selected to train Emirati military forces. A Dodger fan, Ortiz proposed to his wife on the field at Dodger stadium.

Tickets for games Monday and Tuesday against Anaheim can be purchased by visiting www.dodgers.com/tickets or by calling 866-DODGERS.