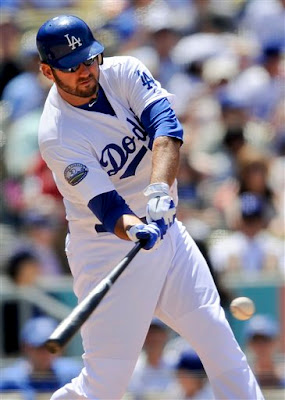 Van Slyke, 26, was leading the Triple-A Pacific Coast League with a .397 batting average, nine homers (T-1st), 32 runs scored (T-1st), a .503 on-base percentage and a .733 slugging percentage in 34 games with the Isotopes. He was also tied for second in the league with 30 RBI. Van Slyke appeared in 27 games with the Dodgers last year, batting .167 (9-for-54) with two homers and seven RBI in his only MLB experience.

Herrera made just one appearance after being recalled on Tuesday, starting Wednesday’s game against the D-backs in left field and going 1-for-3 at the plate.

Billingsley underwent Tommy John surgery on April 24 with the typical recovery time back to competition for that procedure expected to be 12 months.
Posted by Roberto Baly at 3:17 PM