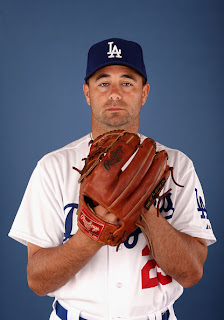 The Los Angeles Dodgers today reinstated left-handed pitcher Ted Lilly from the 15-day disabled list and optioned right-handed pitcher Matt Magill to Triple-A Albuquerque. Lilly last pitched in a Major League game on April 29 against the Rockies, allowing five runs (four earned) in 3.0 innings in a loss, and went on the DL on May 3 (retroactive to April 30) with a right rib cage strain. Lilly made one rehab start with Single-A Rancho Cucamonga on Wednesday against San Jose and allowed four runs on five hits in 5.0 innings, throwing 75 pitches. The 37-year-old has made two starts this season after opening the season on the disabled list while recovering from left shoulder labrum surgery and is 0-1 with a 5.63 ERA.

Magill, 23, made four starts for the Dodgers in the first Major League action of his career and posted a 5.50 ERA without recording a decision.