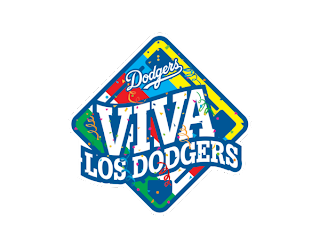 Can you guys bring Soda Stereo? Or Hombres G? Thanks.

Viva Los Dodgers presented by Chevrolet, State Farm and Time Warner Cable, now in its fourth season, takes place each Sunday of every homestand starting this Sunday, two hours prior to the 1:10 p.m. game against Pittsburgh. The season-long initiative celebrates Latino culture in Los Angeles and the legacy of Latin American Dodgers past and present at a family-friendly pregame festival in lot 6 two hours before game time. All Dodger fans are welcome and the event is free with a ticket for the day’s game.

The 2013 season of Viva Los Dodgers kicks off this Sunday with an appearance by Dodger All-Star Hanley Ramirez at noon, along with a tribute to Dominican and Puerto Rican baseball and the 2013 World Baseball Classic champion Dominican Republic. Ramirez played for team DR in the 2013 WBC. The pre-game family-friendly festival begins at 11:10 a.m. and will feature entertainment from Yari Moré y su Orquesta. Joining Ramirez on stage at noon will be Dodger Coach Manny Mota. Mota will also sign autographs for fans following his appearance on stage. Sunday’s entertainment will also include traditional Dominican folkloric dances by the Dominican Dance School of Niurka Mendez.

New this year, at each Viva Los Dodgers, the Dodgers will present a “Héroe de la Comunidad” award for outstanding service in the Latino and greater community of Los Angeles. Each honoree will be recognized on stage at the festival.

Viva Los Dodgers events are part of the Dodgers’ promotional schedule and will take place two hours prior to games listed below:

*Additions to talent will be made throughout the season and announced prior to each event.

Hey roberto great blog but Any word on autograph alley if they will have it this year or not?