What's going on at Dodger Stadium for the next three games against the Pittsburgh Pirates?

All fans are invited down to the field for Friday Night Fireworks presented by Denny’s. The national anthem will be performed by Vanguard recording artist and winner of Season 9 of “American Idol” Lee DeWyze. 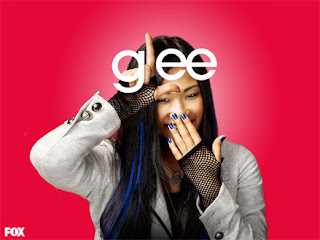 Jenna Ushkowitz of Fox’s “Glee” will perform the national anthem and the ceremonial first pitch will feature the top 6 finalists of this season’s “American Idol.”

The Dodgers pay tribute to the men and women of our nation’s Armed Forces by honoring a “Veteran of the Game.” Saturday’s Veteran of the Game is U.S. Army Specialist Nathan Lycan of Pasadena. Lycan enlisted in 2010 and currently serves as an airbourne combat medic for the 173rd Airbourne 91st Cavalry. He is a first responder to treat trauma casualties on the battlefield and has been awarded the Army Commendation medal and combat medic badge. Lycan recently returned from a deployment in the Logar Province, Afghanistan.

The first 15,000 ticketed kids 14 and under in attendance this Sunday will receive a Kids’ Matt Kemp replica jersey presented by Dreyer’s Grand Ice Cream.

Pre-game entertainment will feature actors from ABC’s hit show “Scandal.” The national anthem Sunday will be performed by Bellamy Young. The ceremonial first pitch will be thrown by Columbus Short and Kerry Washington who will also officially start the game with “It’s time for Dodger baseball!” “God Bless America” will be sung by Katie Lowes.

Sunday’s Veteran of the Game is U.S. Marine Corps Master Gunnery Sergeant Adelaido Martinez Jr. of Los Angeles. Martinez joined the Marines in 1986 and has served in various capacities, including serving with the Marine Aerial Refueler Squadron 352 as a Squadron Gunnery Sergeant and was deployed in support of Operation Southern Watch and Operations Iraqi Freedom I and II. His awards include the Navy/Marine Corps Commendation Medal. He is also celebrating his birthday Sunday.

Following Sunday’s game is Kids Run the Bases. Children 14 and under can take the field and run the bases following the game. This Sunday Dodger season seat holders will be able to play catch on the field. Season ticket holders with their MVP card will meet in center field immediately after the game for the first of several opportunities this season to play catch on the field.
Posted by Roberto Baly at 11:00 AM