What's going on at Dodger Stadium for the weekend series against the Milwaukee Brewers?

During this series against the Brewers, Levy Restaurants will feature a special extreme loaded dog, Bratwurst with Sauerkraut and mustard on a hoagie roll. Special souvenir cups available for purchase will feature Matt Kemp and Adrian Gonzalez.

All-Star game ballots will be available throughout the stadium starting this homestand. Tomorrow, there will also be a special pregame presentation of the 2013 MLB All-Star Game ballot. The 2013 All-Star game will be hosted by the Mets at Citi Field. Fans can also vote online www.mlb.com/ballot up to 25 times and can cast an extra 10 ballots by connecting to their mlb.com account. The Dodgers on the 2013 ballot are Adrian Gonzalez (1B), Mark Ellis (2B), Hanley Ramirez (SS), Luis Cruz (3B), Carl Crawford (LF), Matt Kemp (CF), Andre Ethier (RF) and A.J. Ellis (C).

All fans are invited down to the field for Friday Night Fireworks presented by Denny’s. The national anthem will be performed by comedian Rob Delaney, a native of Boston and the 2012 Comedy Central “Funniest Person on Twitter” award-winner who was booked via a Twitter exchange with @dodgers.

Veteran of the Game is U.S. Army Lieutenant Richard Bennett of Milwaukee. Bennett enlisted in 1942 following the attack on Pearl Harbor and went on to fighter transition school for the P-47 Thunderbolt Fighter plan and aerial combat training. He was assigned to the 4th fighter operational training unit where he instructed pilots in aerial combat. He was awarded the U.S. Army Defense Service medal and the World War II Victory medal. Bennett went on to a successful career in Hollywood as a director.

It is the third annual Catholic Schools Night at Dodger Stadium. . This annual fundraiser between the Dodgers and Catholic Schools raises more than $10,000 for Catholic schools and churches of greater Los Angeles. More information is available by calling (323) 224-1421 or by visiting www.dodgers.com/groups. 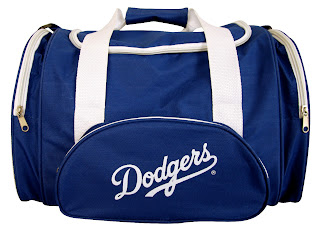 Auto and stadium gates open early at 3:40 p.m. The first 40,000 fans in attendance will receive a sports bag presented by United Airlines. Trisha Lopez, contestant of the 2012 Red, White and Dodger Blue Anthem Auditions and now a Dodger Stadium regular, will sing the national anthem.

The Veteran of the Game is U.S. Navy Petty Officer Frank Blackman of Torrance. Blackman joined the Navy in 2000 and has served on numerous squadrons and onboard the USS Abraham Lincoln and the USS John Stennis. He currently serves as a jet engine mechanic supervisor with the Flying Eagles VFA-122 in Lemoore, CA. Blackman was awarded the Meritorious Unit Commendation Ribbon and a Humanitarian Service Medal. His most gratifying service assignment was humanitarian efforts in Thailand following the tsunami. Blackman was awarded Junior Sailor of the Year in 2011. 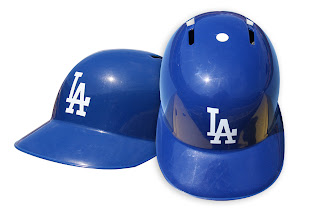 Auto and stadium gates open early at 10:40 a.m. The first 15,000 ticketed kids 14 and under in attendance this Sunday will receive a kids’ batting helmet presented by Sports Authority. Sunday is also Viva Los Dodgers presented by Chevrolet, State Farm and Time Warner Cable. The pre-game family-friendly festival begins at 10:40 a.m. in lot 6. Live music will feature 2008 Grammy Award nominee and Tejano artist Jorge Moreno as well as Moonlight Trio, a Mexican-American band based from Los Angeles who play a mix of roots rock, rockabilly, cumbia and traditional Mexican music.

In a continued effort to offer additional family-friendly entertainment at Dodger Stadium, starting Sunday, the Dodgers will offer additional musical entertainment in the Reserve level plazas located on the first and third base sides. Hip-hop violinist Josh Vietti will perform at the third base side from 10:40 a.m. until first pitch. Vietti has performed at an NBA All-Star game, on the Ellen show and opened for Earth, Wind and Fire at the Nokia Theatre. Trio Ellas, former Latin Grammy nominees in the category of Best Ranchero Album, will perform at the first base side plaza.

More than 12,000 kids from local little leagues will participate in a Youth Baseball Parade. For information on fundraising and participating in the upcoming parade on May 26, please call (323) 224-1421 or visit www.dodgers.com/groups.

The national anthem will be performed by Malia Civetz, a long-time performer at Dodger Stadium. Civetz is a sophomore at USC’s Thornton School of Music.

Sunday’s Veteran of the Game is U.S. Army Specialist Matthew Michaelson of Burbank. Michaelson joined the Army in 2010 and serves with the 3rd Cavalry Regiment from Fort Hood, Texas, as a Cavalry scout responsible for being the eyes and ears of the Commander during battle. He served deployments in Iraq in support of Operation Iraqi Freedom and Operation New Dawn. Michaelson was awarded the National Defense Service Medal and the Army Commendation Medal.

Following Sunday’s game is Kids Run the Bases. Children 14 and under can take the field and run the bases following the game.

Tickets for games Friday through Sunday against Milwaukee can be purchased by visiting www.dodgers.com/tickets or by calling 866-DODGERS.
Posted by Roberto Baly at 4:30 PM